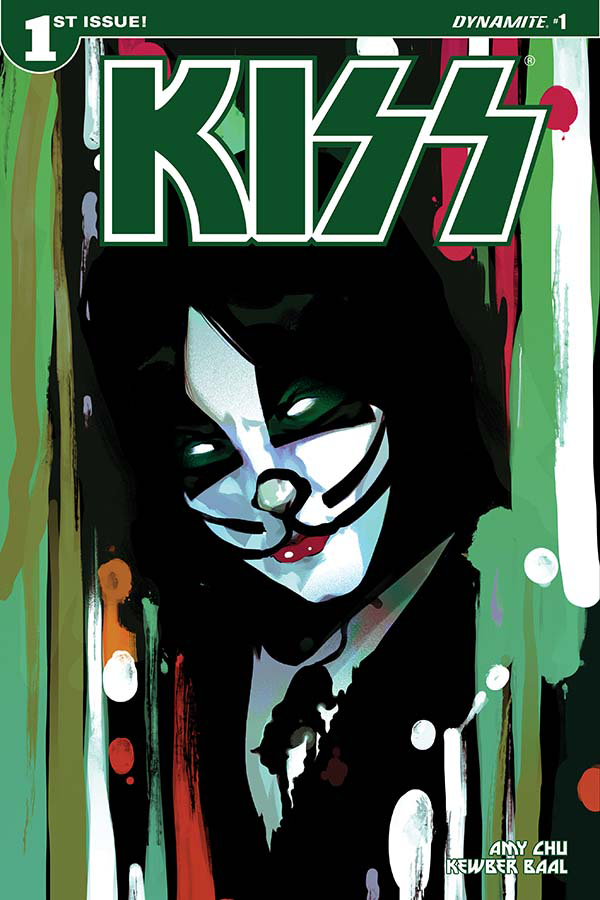 AUG161484
(W) Amy Chu (A) Kewber Baal (CA) Goni Montes
KISS is back! Back to the FUTURE in this dark sci-fi adventure. In a world without sun and a world without heroes, four young friends embark on a dangerous mission - to uncover the truth about the mysterious Council of Elders and their underground home, the city of Blackwell. But first they need some help from the past...
"What is the power of KISS? I was having breakfast recently with the fabulous writer Kelly Sue DeConnick. When she found out I was writing this series, it was like firecrackers had been set off in the restaurant, she was so excited. So I'm doing this not just for the hardcore fans (like Kelly Sue) but also the new ones, like her children. It's a huge challenge for me. KISS is iconic. Legendary. It's global and cross-generational. So much has been done before with KISS in comics, a LOT of fun and crazy stuff. So for this series, I thought, why not go more serious? For research, I hunkered down and listened to the 1981 album Music from The Elder several times. Like the movie Blade Runner which came out around the same time, people didn't know what to make of it. If this album came out now, I think it would be entirely different reception. So this storyline is more focused on mythology, h
In Shops: Oct 19, 2016
SRP: $3.99
View All Items In This Series