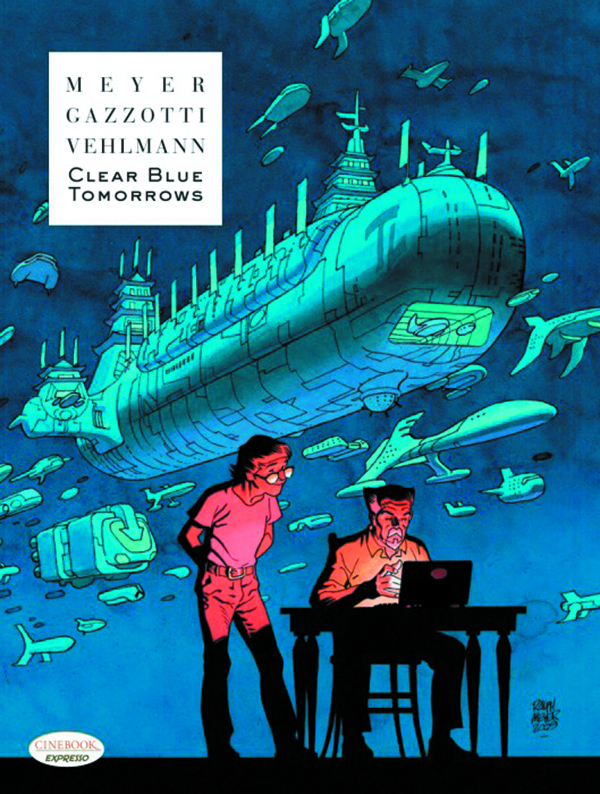 AUG161469
(W) Fabien Vehlmann (A) Ralph Meyer (A/CA) Bruno Gazzotti
When a traveler from the future recounts his memories, it's a vision both frightening and touching that unrolls before us. In the future, the entire population is under a de facto dictatorship because of cerebral implants invented by one F.G. Wilson. Nolan Ska, an engineer, manages to travel back in time, with the intention of changing history by encouraging Wilson first career: novelist. But the man who will eventually become a seemingly immortal despot turns out to be a poor writer, and it will be up to Nolan to use his own memories to be his ghost writer.
In Shops: Nov 23, 2016
SRP: $15.95
ORDER WISH LIST