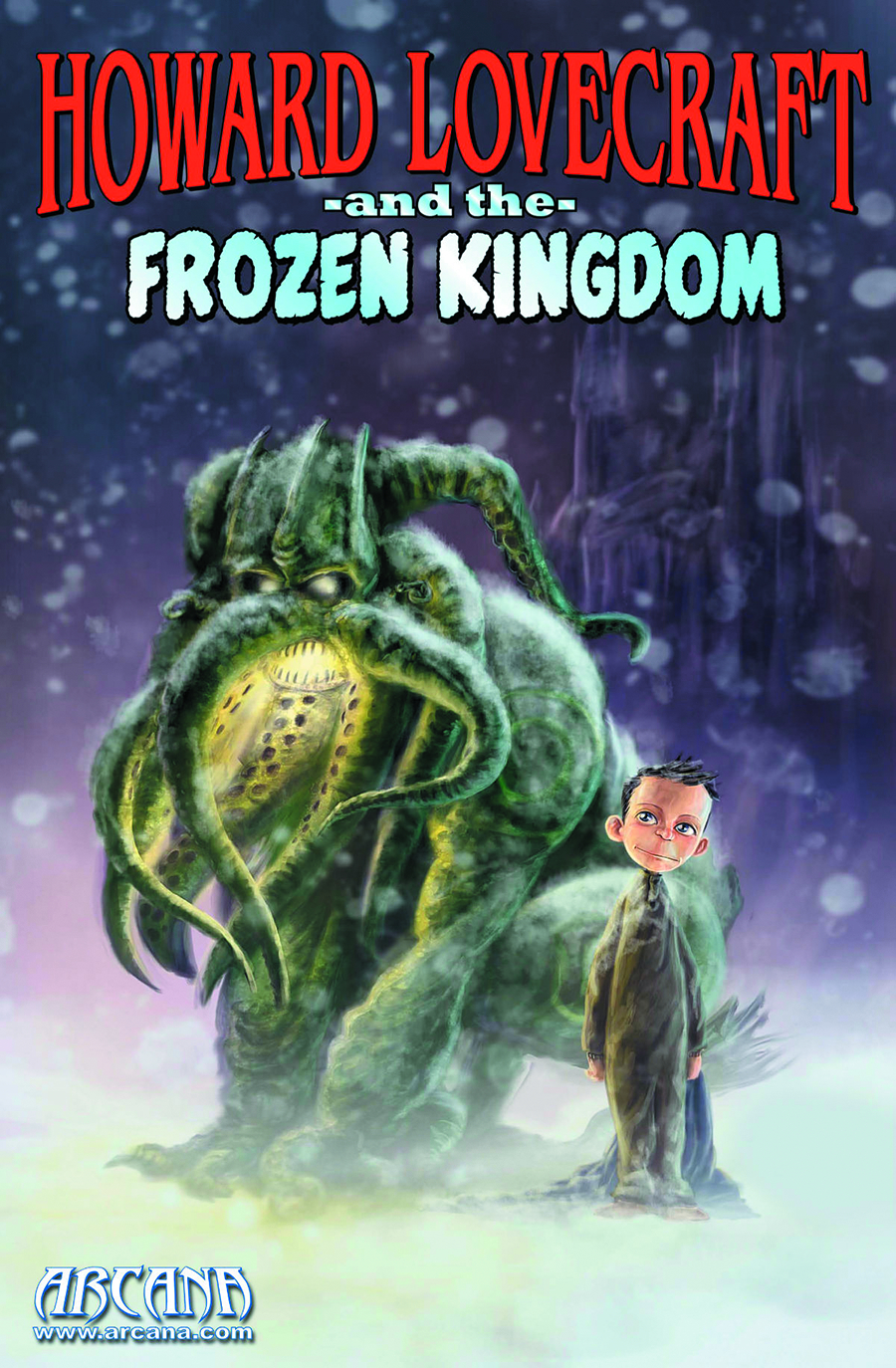 AUG161201
(W) Bruce Brown, Sean Patrick O'Reilly (A) Renzo Podesta (CA) Thomas Boatwright
Soon to be an animated motion picture starring Christopher Plummer, Ron Perlman, and Jane Curtin! After visiting his father in Butler Sanitarium, young Howard Lovecraft ignores his father's warning and uses the legendary Necronomicon to open a portal to a strange frozen world filled with horrifying creatures and grave danger. Alone and scared, Howard befriends a hideous creature he names Spot who takes him to the castle of the king where he is captured and sentenced to death!
In Shops: Nov 02, 2016
SRP: $14.95
ORDER WISH LIST