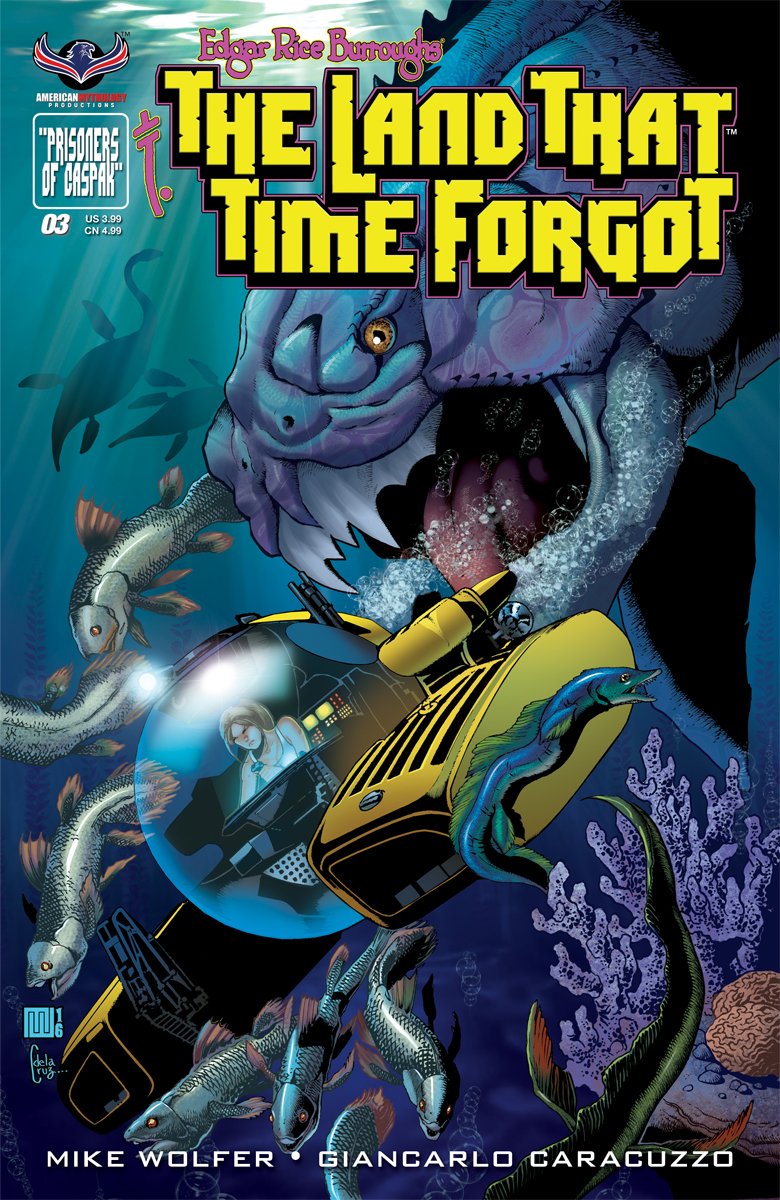 AUG161137
(W) Mike Wolfer (A) Giancarlo Caracuzzo (CA) Mike Wolfer
In the action-packed conclusion to the first "The Land That Time Forgot" mini-series, the explorers from present day and the survivors from 1916 must act quickly, or risk becoming the eternal prisoners of Caspak! Trapped within the prehistoric continent where time has no meaning, Bowen Tyler, his future granddaughter Abby, and a handful of allies must stop the evil Baron Von Schoenvorts' plan to use captured mini-submarines to escape the savage, lost world, a move that could have devastating effects on history. Outnumbered and outgunned, the heroes have only one hope for victory- Use Caspak itself as a weapon against the German U-boat captain and crew in an unforgettable, final battle in The Land That Time Forgot!
In Shops: Nov 30, 2016
SRP: $3.99
View All Items In This Series
ORDER WISH LIST