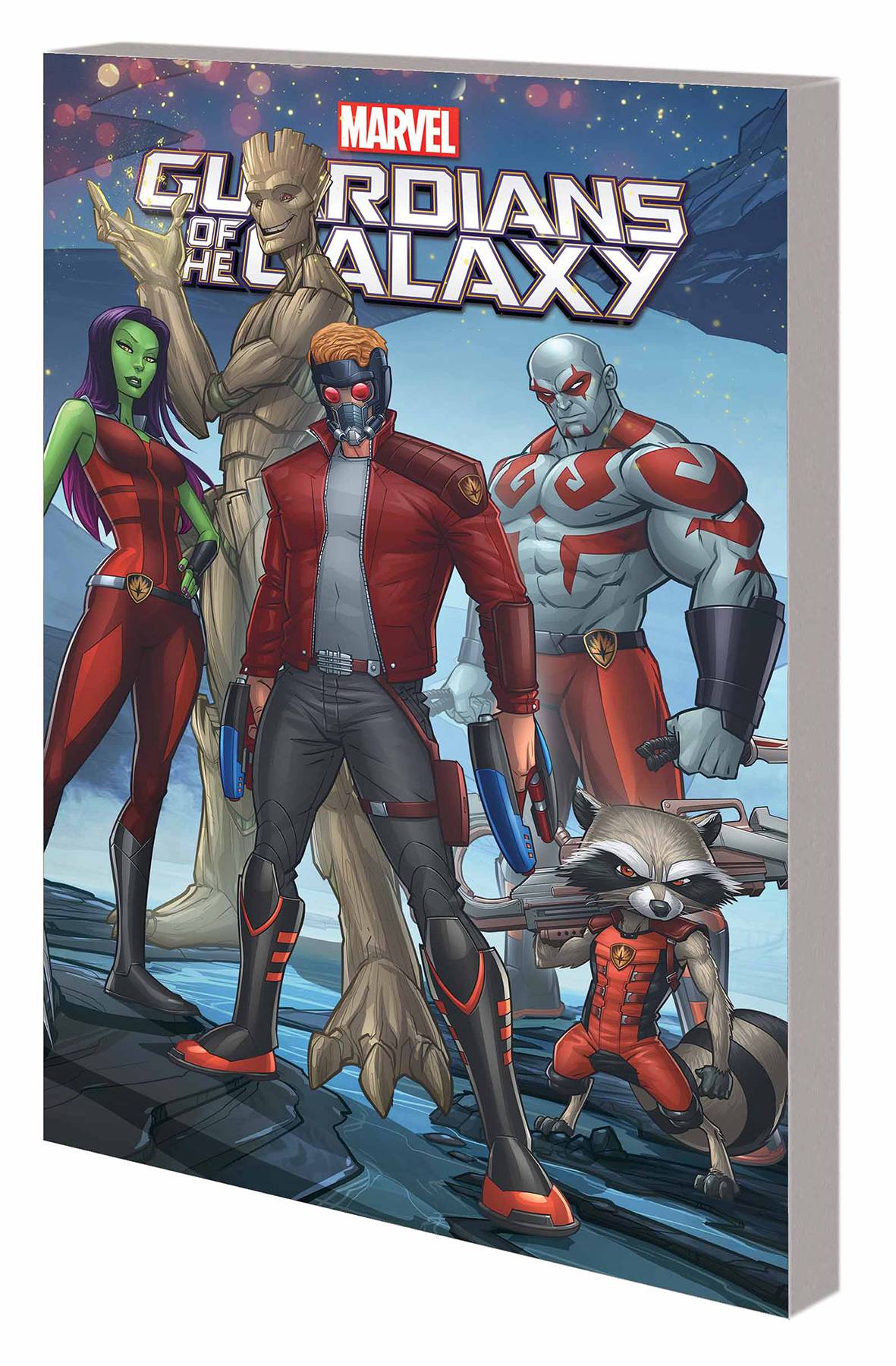 #
AUG161035
(W) Joe Caramagna (A/CA) Various
Featuring screen-capture images from MARVEL'S GUARDIANS OF THE GALAXY
The Guardians' latest adventures in the final frontier of space!
•  When Rocket is abducted and whisked away to a far-off planet, it turns out he may not be quite as one-of-a-kind as he thought!
•  An old enemy returns - one the Guardians thought they'd buried in the past for good! And he's got an entire living planet under his thrall -
a planet that's reverting the Guardians to their past selves! Drax: arena fighter! Rocket: feral beast! Gamora: follower of Thanos!
•  The Guardians saddle up to the biggest rivalry in the galaxy - but when the game in town is the Collector vs. the Grandmaster, can there really be any winners?
•  Super-teams collide as the Guardians meet the Inhumans!
Collecting MARVEL UNIVERSE GUARDIANS OF THE GALAXY (2015B) #9-12.
All Ages
In Shops: Nov 09, 2016
SRP: $9.99
View All Items In This Series
ORDER WISH LIST