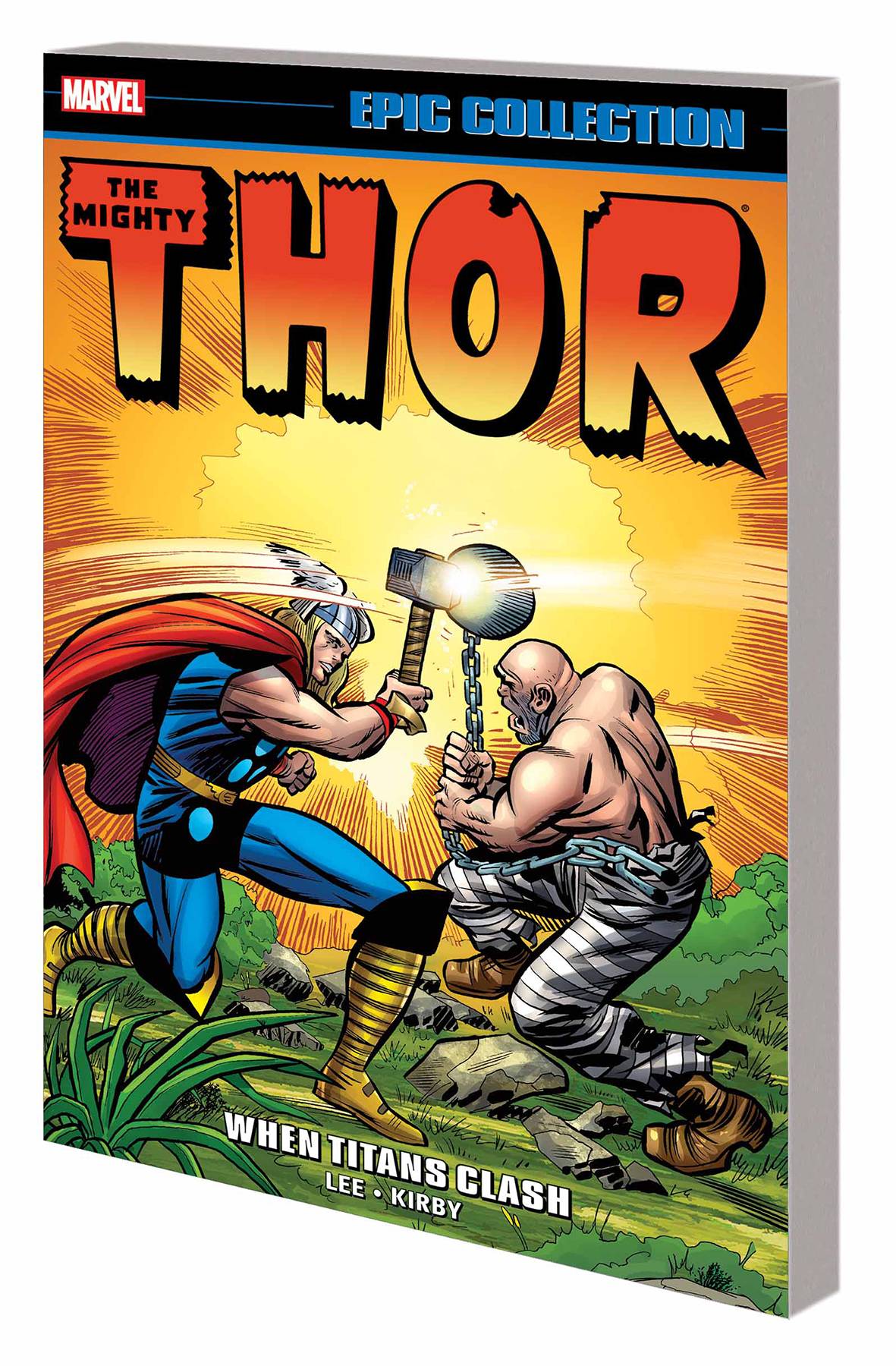 #
AUG161030
(W) Stan Lee (A/CA) Jack Kirby
Stan Lee and Jack Kirby, the creative team that sparked the Marvel revolution, set off on Asgardian adventures featuring the fight-to-end-all-fights between Thor and the Incredible Hulk! There's also the return of the Grey Gargoyle, the debut of the Absorbing Man and the unstoppable Destroyer, Thor and Loki's exile to Skornheim and the introduction of Hercules and the Greek gods! And it all leads to an epic adventure that pits Thor against Hercules and concludes in the depths of Pluto's Underworld! Lest we forget, Tales of Asgard backs up every issue with the origins of Marvel's Norse pantheon of heroes, villains and mystic lands; the secrets of Ragnarok; and much more! Collecting JOURNEY INTO MYSTERY (1952) #110-125 and ANNUAL #1, THOR (1966) #126-130, and material from NOT BRAND ECHH #3.
All Ages
In Shops: Nov 02, 2016
SRP: $39.99
ORDER WISH LIST