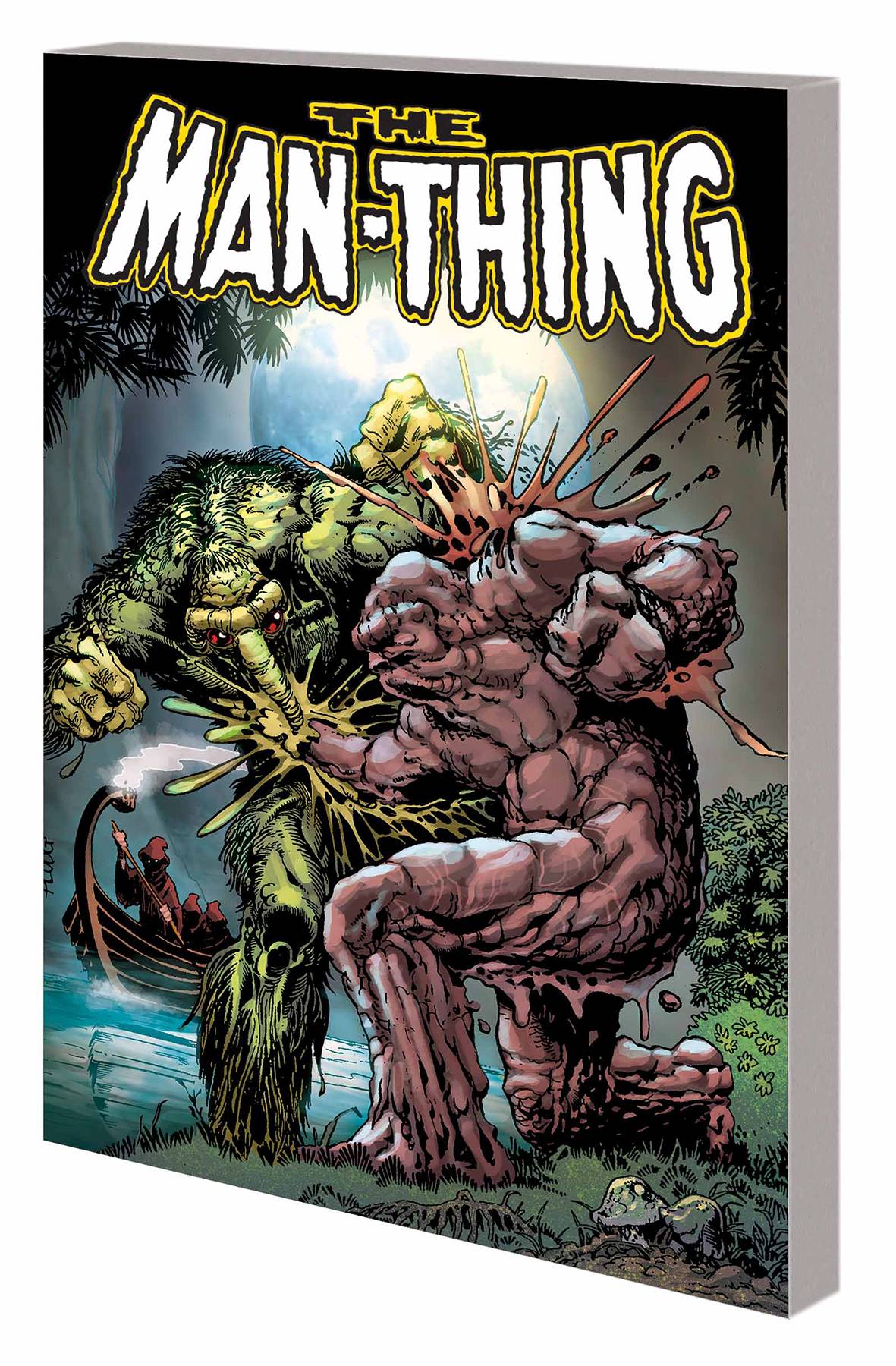 #
AUG161028
(W) Steve Gerber (A) Various (CA) Mike Ploog
Continuing the definitive collection of Man-Thing's macabre misadventures by his signature writer! The lumbering behemoth goes truly giant-size in one of the most notorious Marvel titles of all time, with stories ranging from a battle of the swamp monsters against the Glob, to a portentous flashback to the life of Ted Sallis before he was transformed. Those who know fear burn at the Man-Thing's touch, but what will happen when he joins Daredevil, the Man Without Fear, in battle with Death-Stalker? Demons, dragons and dancers all lie in wait - and so do mad Vikings and ghost pirates! From the introspective to the action-packed to the downright bizarre, it's the Man-Thing unleashed! Collecting GIANT-SIZE MAN-THING #1-5, DAREDEVIL (1964) #113-114, MAN-THING (1974) #9-18 and material from MONSTERS UNLEASHED #8-9.
Parental Advisory
In Shops: Oct 26, 2016
SRP: $34.99
View All Items In This Series
ORDER WISH LIST