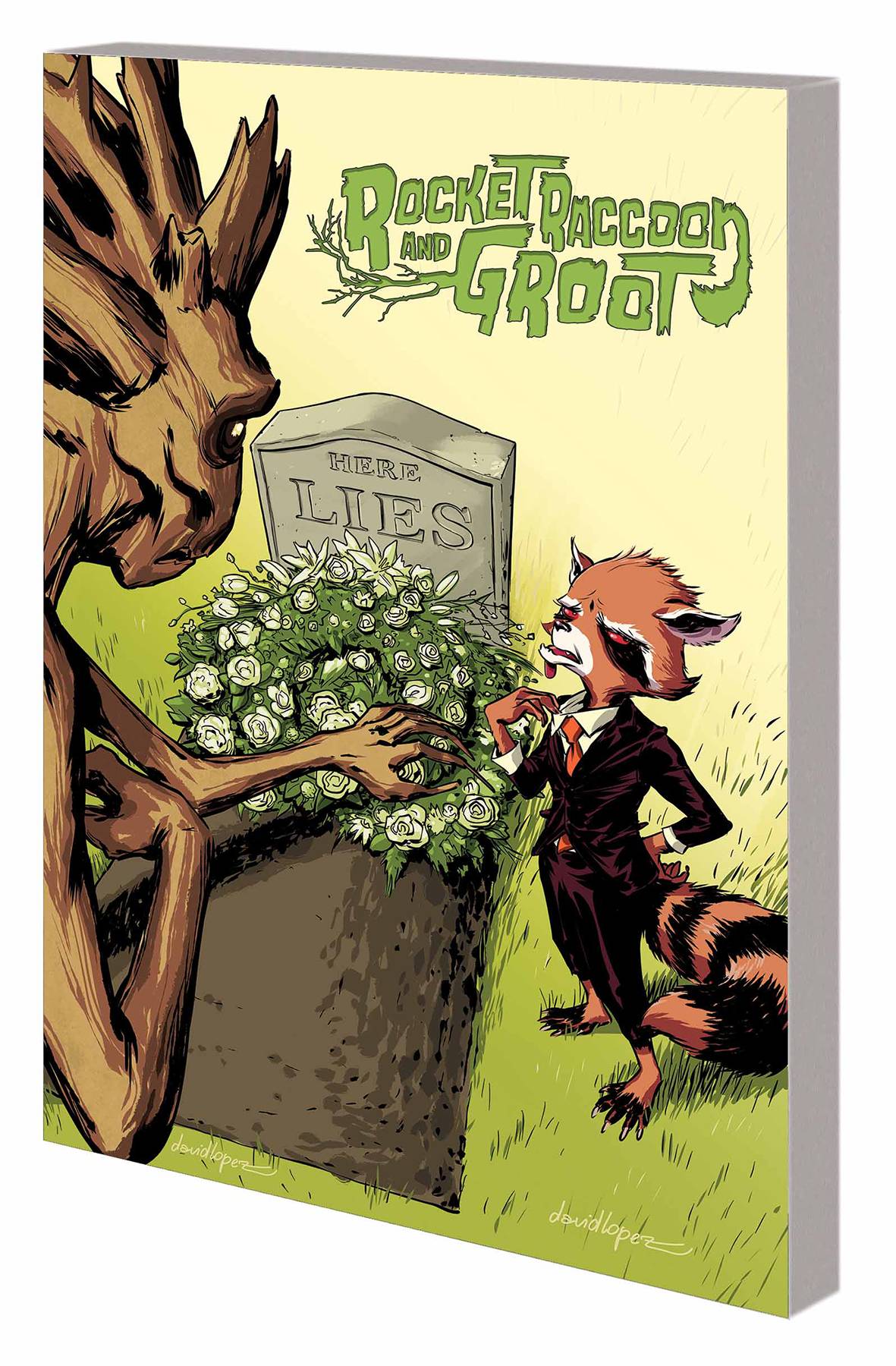 #
AUG161017
(W) Nick Kocher (A) Michael Walsh (CA) David Lopez
Rocket and Groot put the fun back in funeral! But any mirth is only hiding a certain Raccoon's grief at the death of his mentor in con-artistry. The next era begins for the Guardians of the Galaxy's lovable double act, with new insight into Rocket's mysterious past! But then CIVIL WAR II reaches our heroes! It's been destroying friendships across the Marvel Universe, but when Captain Marvel enlists her Guardian pals, surely it won't divide these BFFs. After all, they are Groot, right? Even if R & G choose the same side, can they possibly survive a screwball encounter with the unbelievable Gwenpool? They're all after a bounty in Georgia, and you know what that means: War! It'll be hilarious, just don't count on it being Civil! Collecting ROCKET RACCOON & GROOT #7-10.
Rated T
In Shops: Nov 09, 2016
SRP: $15.99
View All Items In This Series
ORDER WISH LIST