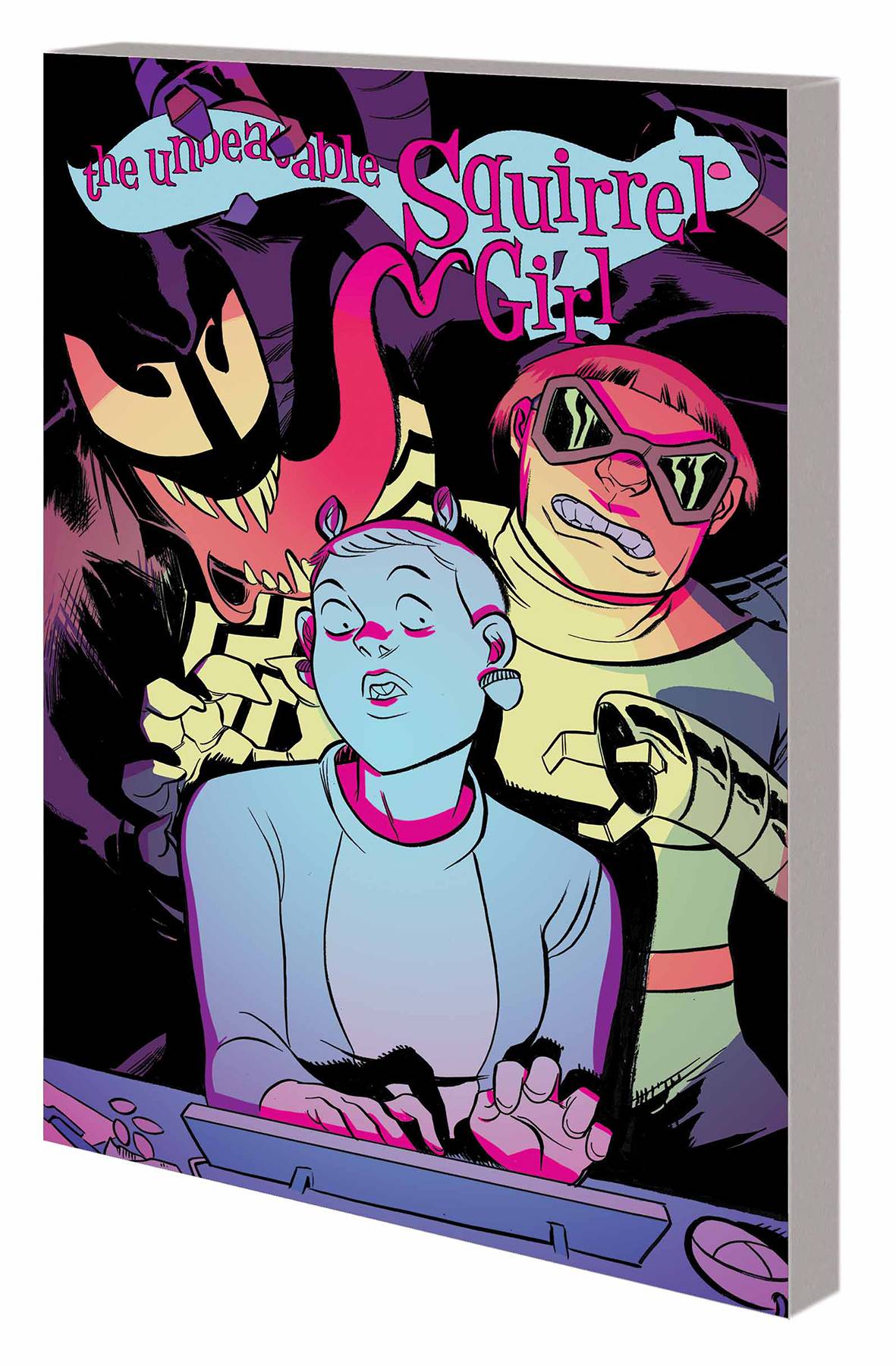 #
AUG161015
(W) Ryan North (A/CA) Erica Henderson
The hero who won't be beat celebrates 11 consecutive issues without a new #1! And she's letting you seize the chance to be the Unbeatable Squirrel Girl in a choose-your-own-path encounter with Swarm, buzzkill made of bees! Then, Doreen takes charge of her life - her love life - and starts dating. But who will kiss a Squirrel and like it? Surely not...Mole Man?! The lovestruck subterranean super villain is willing to hold the world hostage to get Doreen's attention. Can she save everyone without becoming Mrs. Mole Man? But enough with the hearts and flowers and kissing - you read this book for computer science and super heroics (not necessarily in that order). You'll get both - and more - in a showdown with Count Nefaria! Plus: Visit Squirrel Girl's parents in Canada - they'd love to have you! Collecting UNBEATABLE SQUIRREL GIRL (2015B) #7-11.
Rated T
In Shops: Nov 23, 2016
SRP: $15.99
View All Items In This Series
ORDER SUBSCRIBE WISH LIST