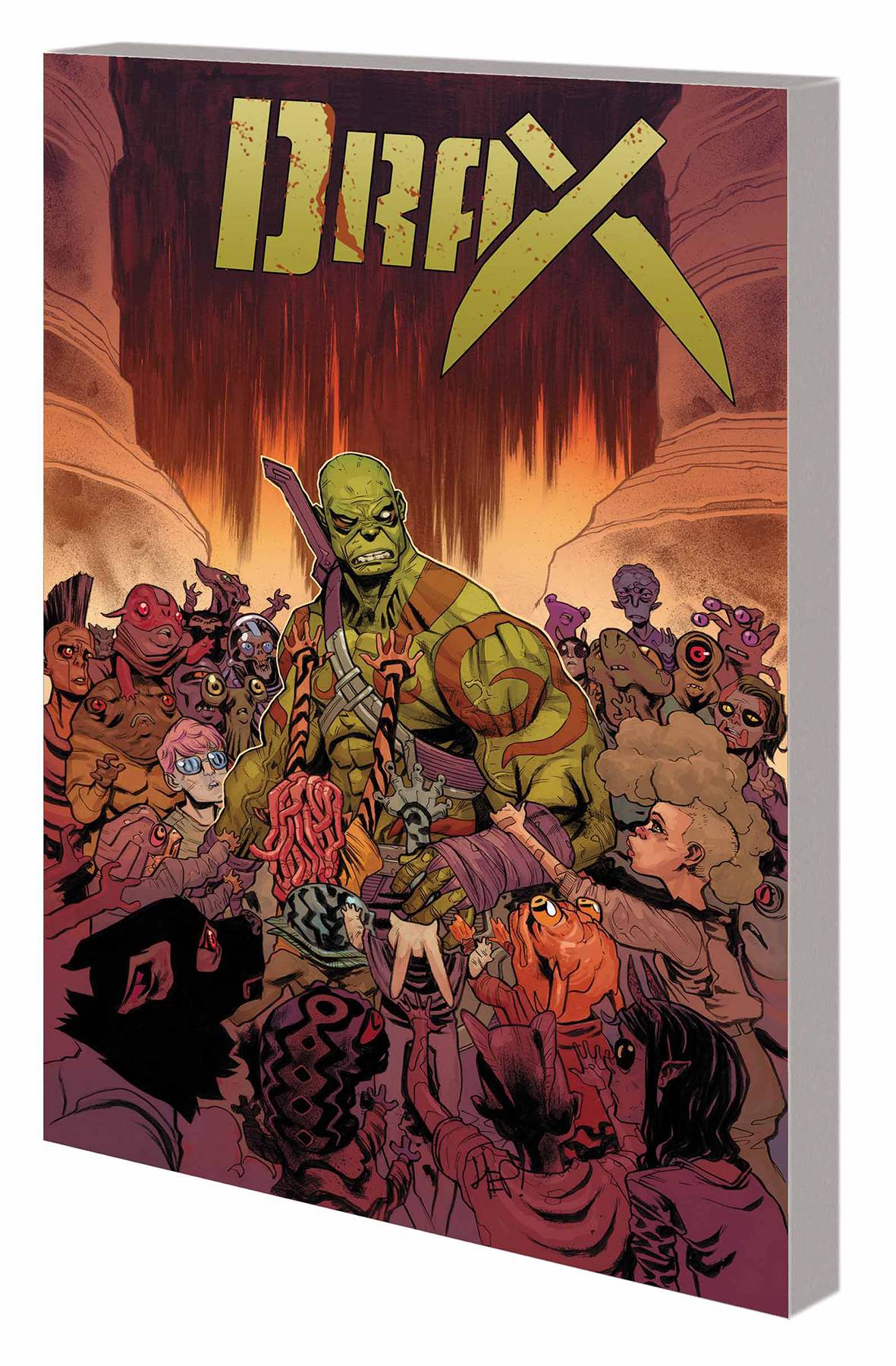 #
AUG161014
(W) Cm Punk, Cullen Bunn (A/CA) Scott Hepburn
Drax's adventures in babysitting! From Guardian of the Galaxy to legal guardian, Drax is on a mission to return refugee children to safety. And things are going well - except for all the bounty hunters after him. And one of them is Cammi - a girl Drax once took under his wing and was tricked into caring about. Others include his old friend Pip the Troll and the unhinged Killer Thrill, who has her eyes on Drax's paperweight - which just so happens to be a Fin Fang Foom egg! You gotta break a few eggs to make an omelet - but that only leads to a Council of Dragons coming after a newly hatched baby of their species! Hopefully some of Drax's powerful friends can stop by for the brutal showdown! Collecting DRAX (2015) #6-11.
Rated T+
In Shops: Nov 23, 2016
SRP: $17.99
View All Items In This Series
ORDER WISH LIST