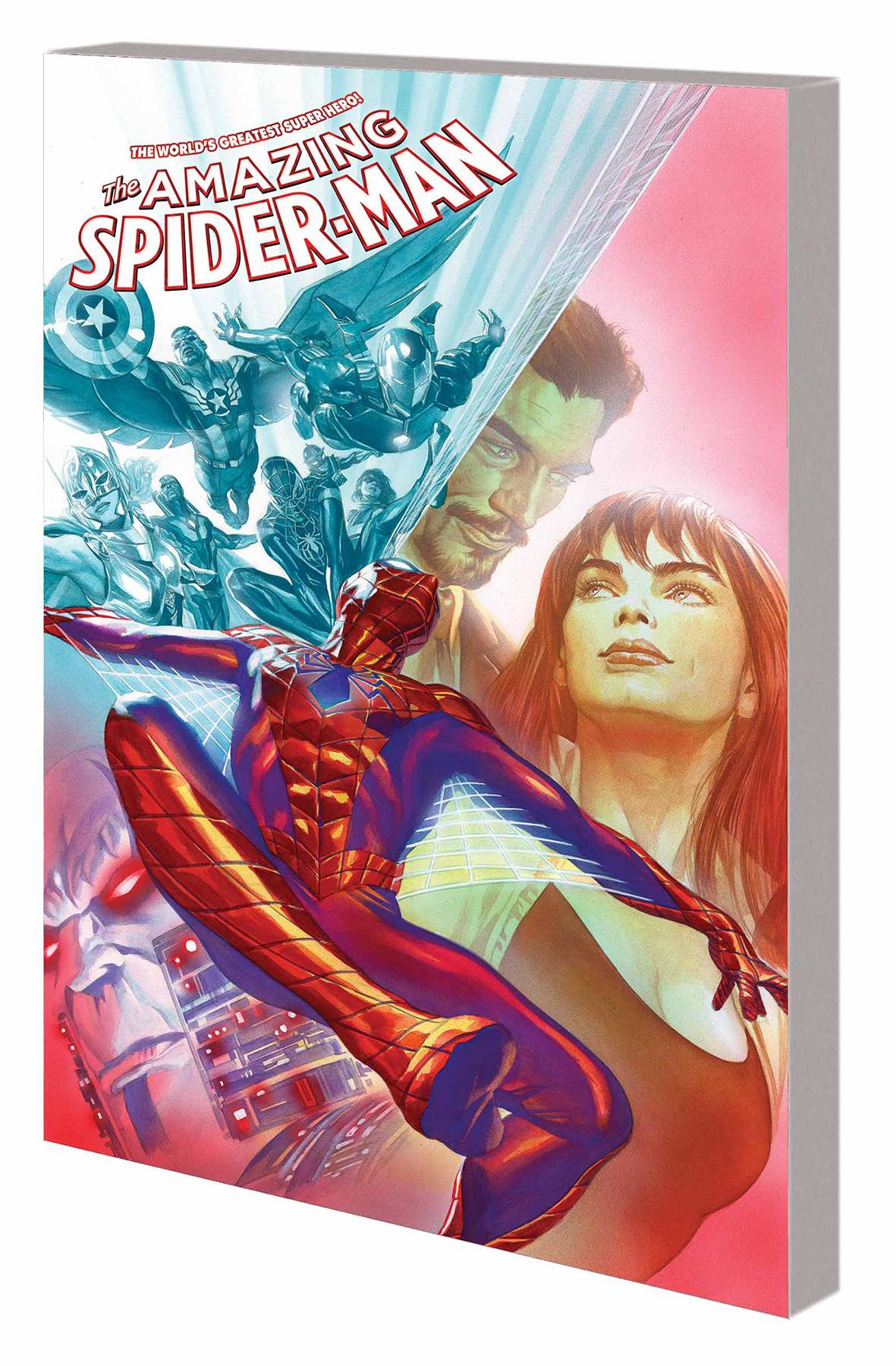 #
AUG161013
(W) Various (A) Various (CA) Alex Ross
Regent, one of the most dangerous threats from Battleworld, makes his power play in the Marvel Universe! And it'll take the combined efforts of Peter Parker, Miles Morales, Iron Man and the rest of the All-New All-Different Avengers to have any hope of stopping him when his true intentions become known! But recently, web-head and shell-head have been butting heads - and it may well be that their conflict is what's opening the door for Regent to begin his assault on Earth's Mightiest Heroes! And since the villain's modus operandi includes imprisoning them and stealing their powers, that's seriously bad news! But could it be that a certain redheaded mutual acquaintance of Peter and Tony will be the key to foiling Regent's plans? Collecting AMAZING SPIDER-MAN (2015) #12-15 and material from AMAZING SPIDER-MAN (2015) #1, plus the classic AMAZING SPIDER-MAN ANNUAL (1964) #19.
Rated T
In Shops: Nov 23, 2016
SRP: $17.99
View All Items In This Series
ORDER SUBSCRIBE WISH LIST