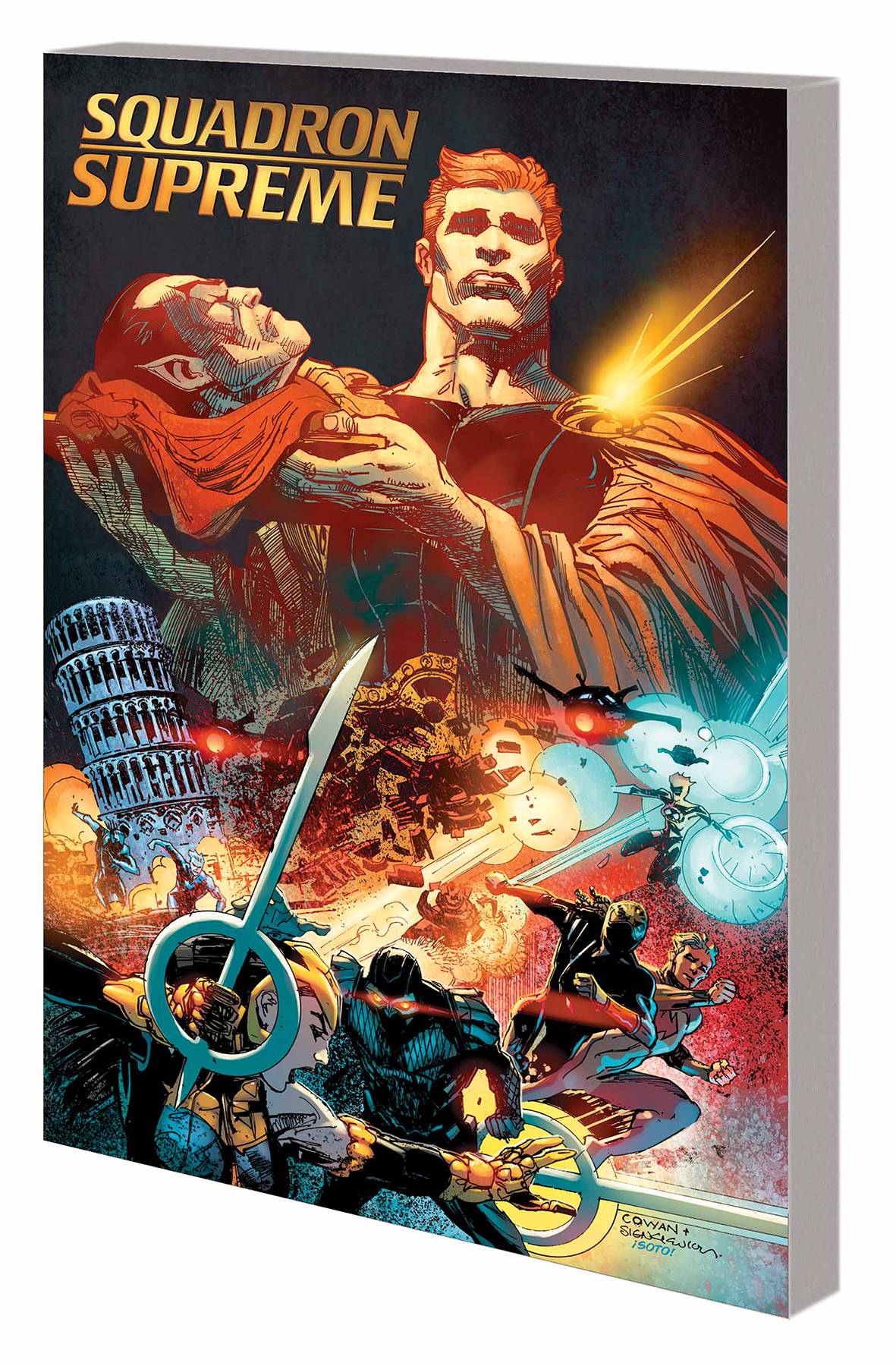 #
AUG161008
(W) James Robinson (A) Various (CA) Alex Garner
As the Squadron closes in on a cabal of alien races - and discovers what threat they pose to the planet - life gets in the way! Things get personal for Doctor Spectrum as she confronts the man who helped destroy her Earth: Black Bolt! Meanwhile, Nighthawk is targeted by his Marvel Universe namesake! But the biggest distraction of all is the return of their treacherous ex-teammate Warrior Woman. Prepare to learn her full story - and that of the Power Princess whose identity she stole. Collecting SQUADRON SUPREME (2015) #6-9.
Rated T+
In Shops: Nov 16, 2016
SRP: $15.99
View All Items In This Series
ORDER WISH LIST