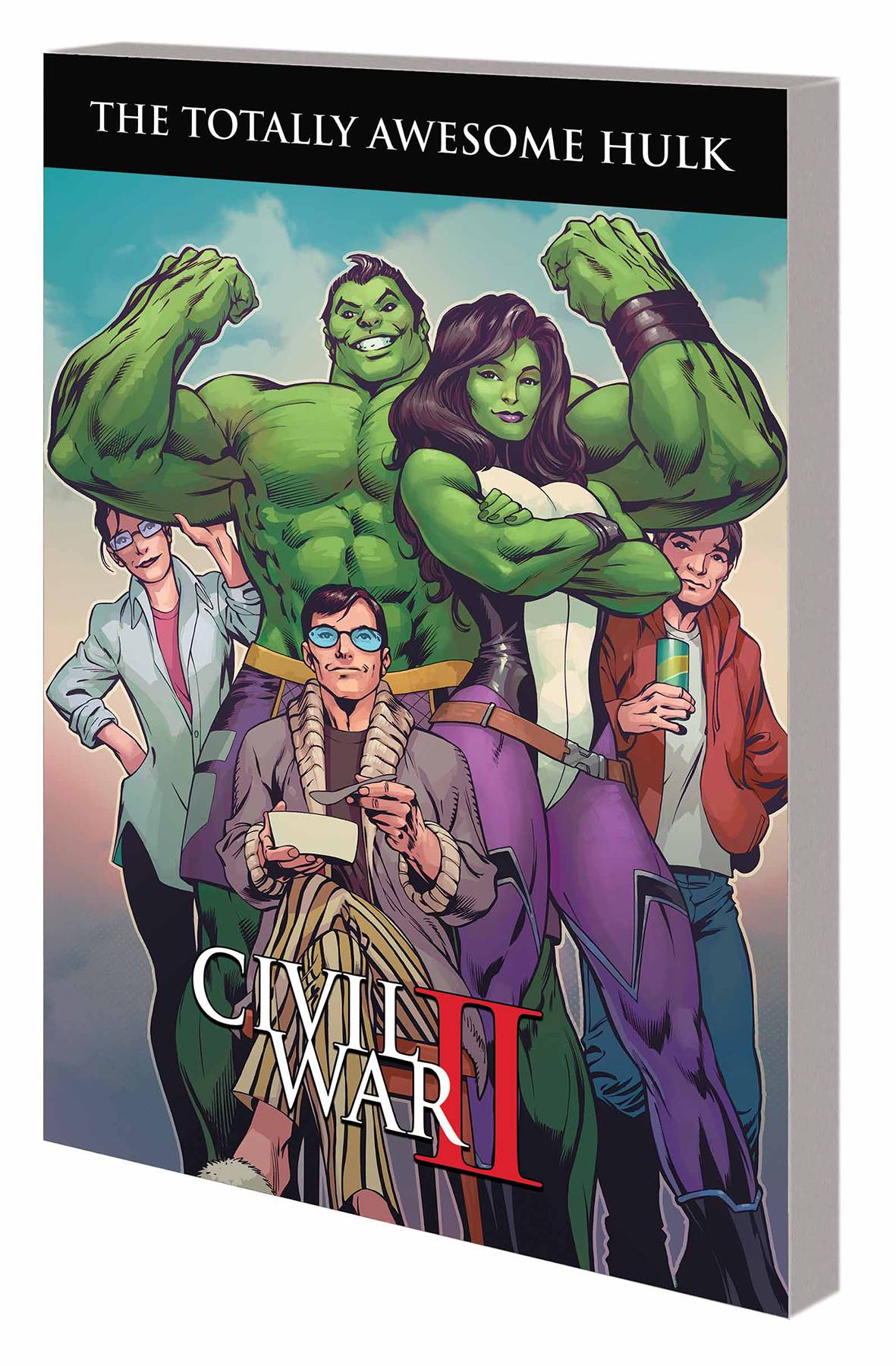 #
AUG161005
(W) Greg Pak (A) Mike Del Mundo (A/CA) Alan Davis
As CIVIL WAR II rages, Bruce Banner's fate after SECRET WARS is revealed! Was he really cured by Amadeus Cho, or did the young genius make a disastrous miscalculation? For years, Banner was haunted by his gamma-irradiated curse, but Amadeus thought he was so smart he could handle it without a problem. Will Amadeus now become the latest Hulk to be consigned to a life of certain tragedy? When he loses someone close to him, that makes him mad. Very mad. The Marvel Universe won't like Amadeus when he's very mad. But one of its major players has his keen eyes on the situation - the Black Panther! And as T'Challa watches his every step, Amadeus takes on a mysterious new archenemy! Will the Hulk still be Totally Awesome when the dust clears? Collecting TOTALLY AWESOME HULK #7-12.
Rated T
In Shops: Dec 28, 2016
SRP: $17.99
View All Items In This Series