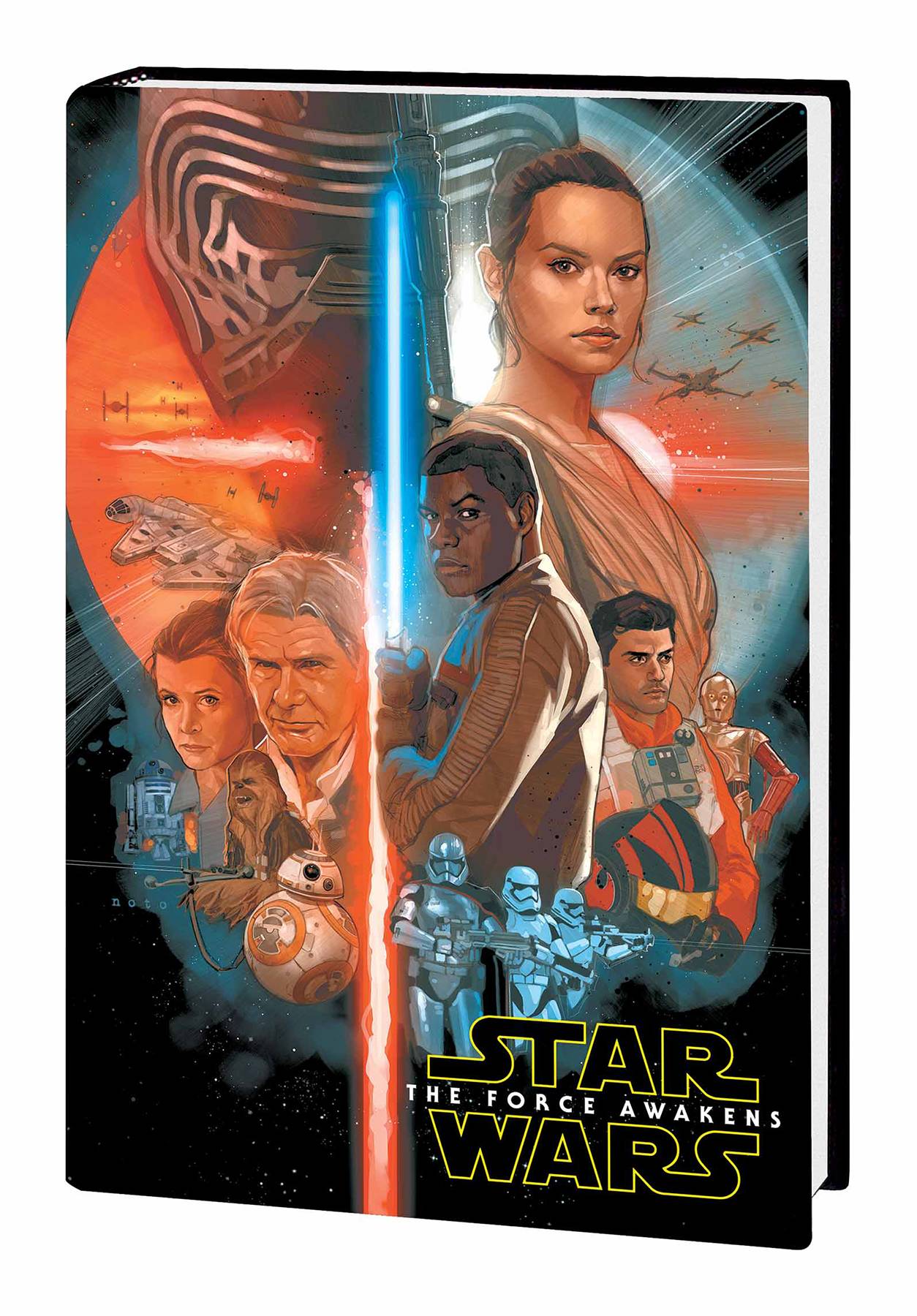 #
AUG160995
(W) Chuck Wendig (A) Luke Ross (CA) Phil Noto
It's true - all of it! The blockbuster movie jumps from the big screen to the comic-book page! It's been three decades since the Rebel Alliance destroyed the Death Star and toppled the Galactic Empire - but now, on the remote planet Jakku, there is a stirring in the Force. A young scavenger named Rey...a deserting Stormtrooper named Finn...an ace pilot named Poe...and a dark apprentice named Kylo Ren... Their lives are about to collide as the awakening begins. Writer Chuck Wendig (Star Wars: The Aftermath Trilogy) and artist Luke Ross (HERCULES) take us back into the saga of a lifetime! Collecting STAR WARS: THE FORCE AWAKENS ADAPTATION #1-6.
Rated T
In Shops: Dec 07, 2016
SRP: $24.99