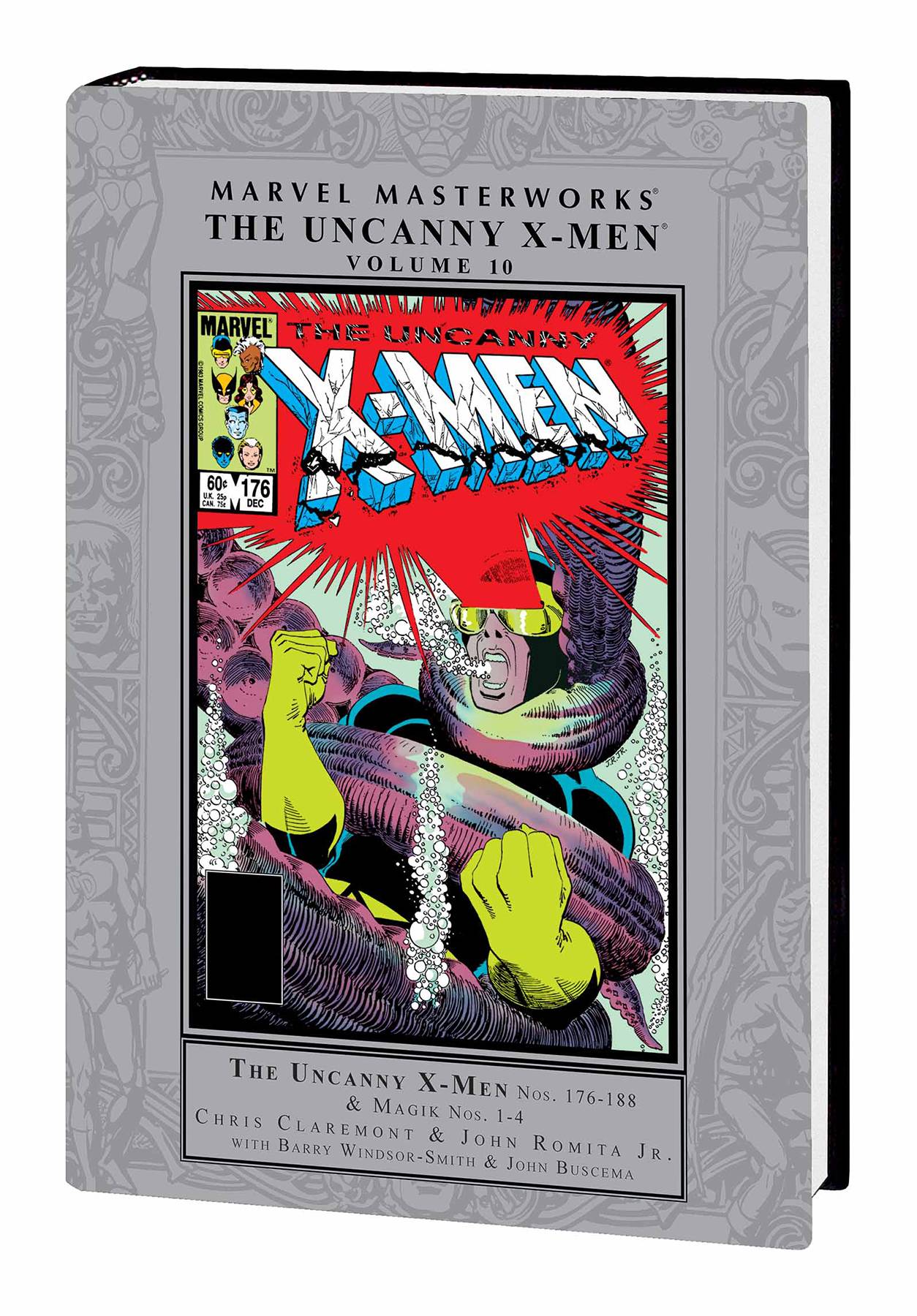 #
AUG160988
(W) Chris Claremont (A) Various (CA) John Romita
John Romita Jr. joins Chris Claremont as the Uncanny X-Men's chart-topping adventures continue! Drama abounds as Cyclops heads off on his honeymoon with Madelyne Pryor, Wolverine's relationship with Mariko takes a turn for the worse and Kitty Pryde is kidnapped and forced to marry the Morlock Caliban. Meanwhile, Rogue is Public Enemy No. 1, and anti-mutant sentiment threatens the passage of a law that will strip all mutants in the United States of their rights. There's no shortage of action, either: Colossus battles Juggernaut, Mystique and the Brotherhood of Evil Mutants return and Rachel Summers arrives on the scene! Topped off by Claremont and Barry Windsor-Smith's stunning classic story "Lifedeath" and the Magik limited series, there's no shortage of mutant masterworks! Collecting UNCANNY X-MEN (1981) #176-188, MAGIK (1983) #1-4 and material from MARVEL FANFARE (1982) #40.
Rated T
In Shops: Feb 08, 2017
SRP: $100.00
View All Items In This Series
ORDER SUBSCRIBE WISH LIST