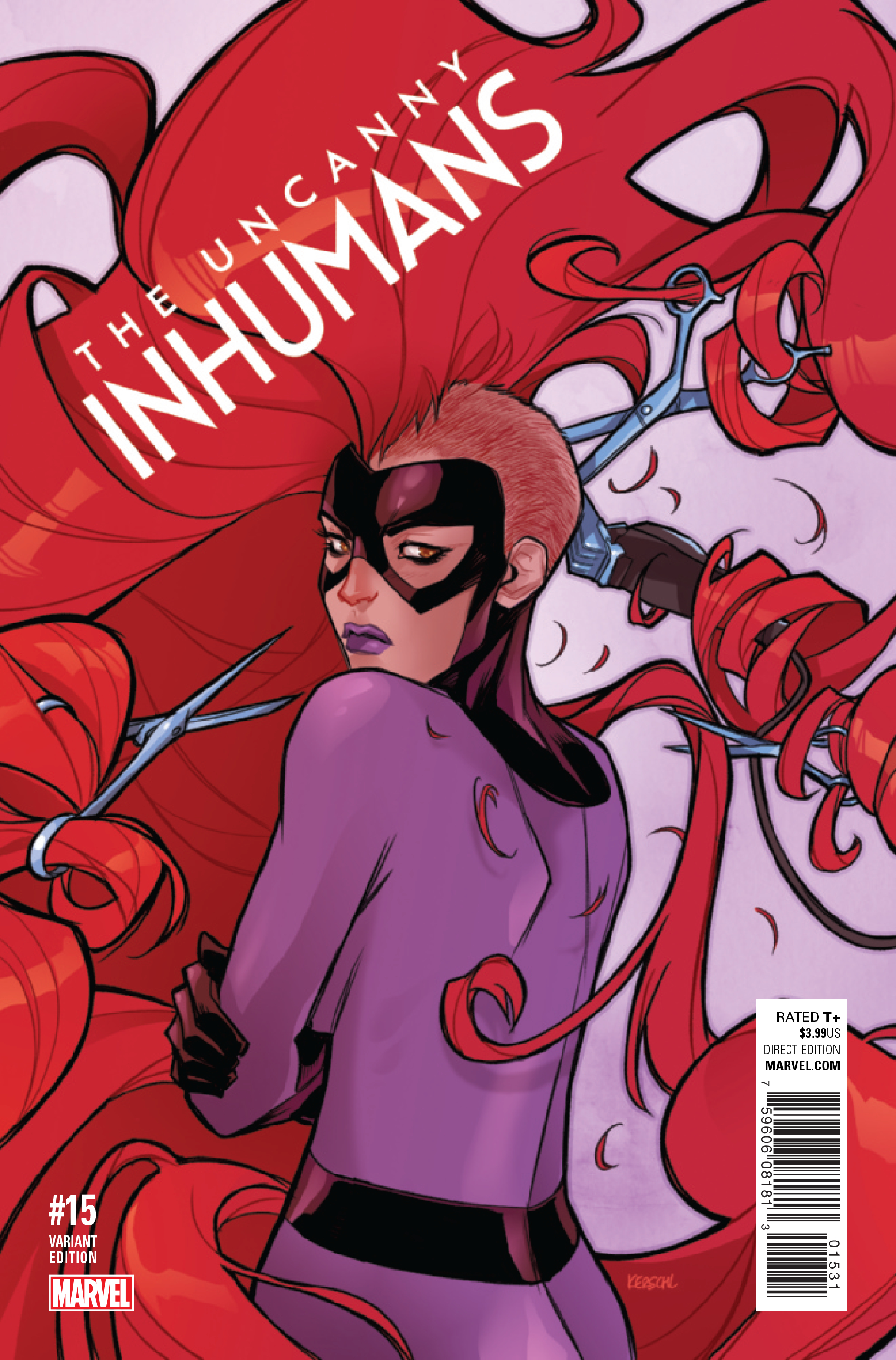 AUG160797
(W) Charles Soule (A) R. B. Silva (CA) Whilce Portacio
In the depths of Black Bolt's Quiet Room, a plan is being hatched that will decide the future of Inhumanity. The daughters of the fallen Inhuman Auran are plotting a desperate attempt to resurrect her, and revenge against her murderer. Their target? Maximus the Mad! They will reunite their family, even if means the fall of their entire race...
Rated T+
In Shops: Nov 16, 2016
SRP: $3.99
View All Items In This Series