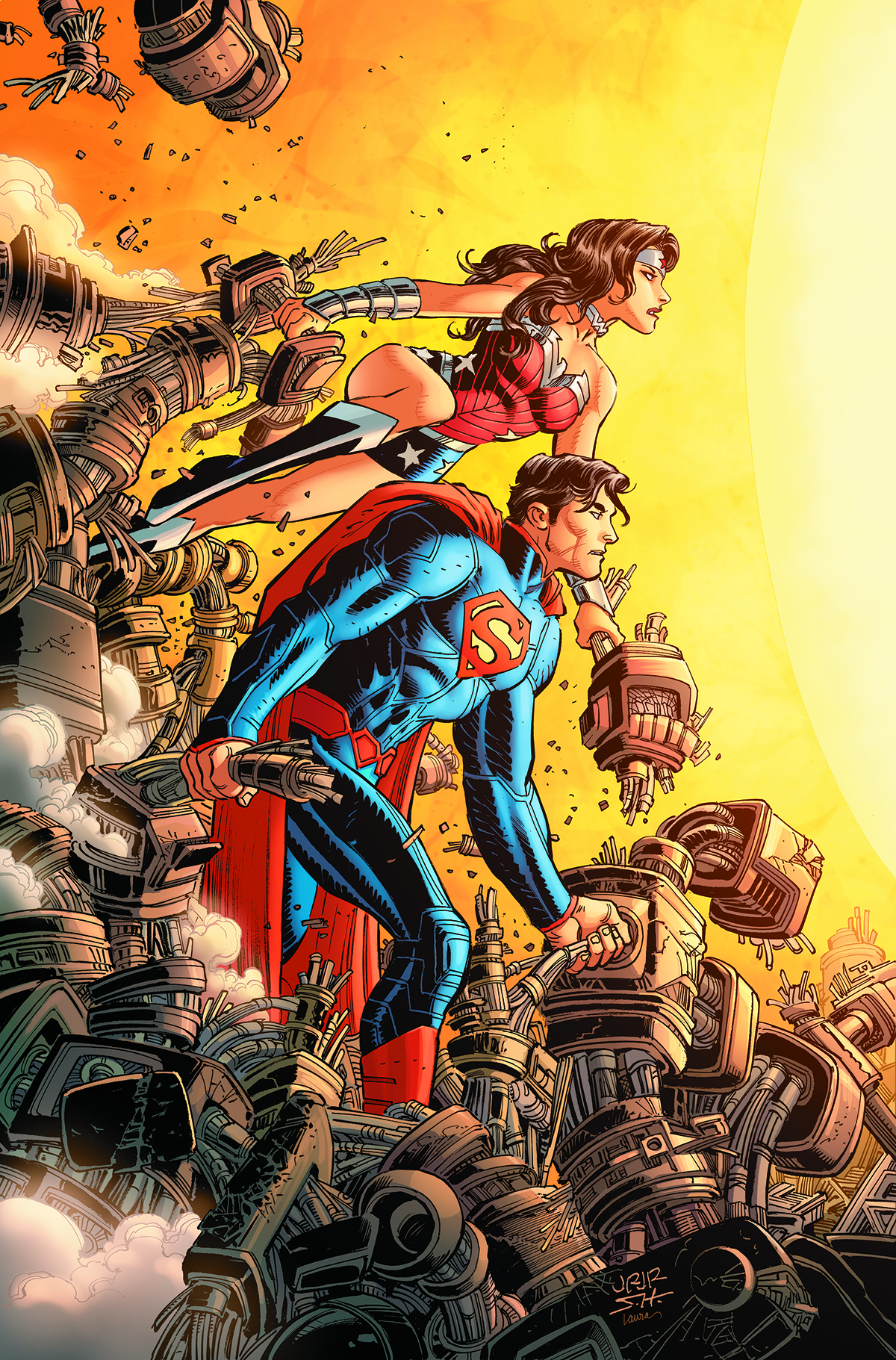 AUG160333
(W) Peter J. Tomasi, Brian Buccellato, Keith Champagne (A) Giuseppe Cafaro, ChrisCross, Jorge Jimenez, Ed Benes, Doug Mahnke, Pop Mhan, Cliff Richards, Marco Santucci, Keith Champagne, Michel Lacombe, Jaime Mendoza (CA) John Romita (A/CA) Scott Hanna
In these tales from issues #25-29 Annual #2 and the unpublished Superman/Wonder Woman #30-31, Superman's powers still have not returned to full strength, and now Wonder Woman is forced to turn to the Olympian gods in hopes of saving the man she loves. But this divine intervention turns out to be more trying than the God of War expected. Plus, Superman and Wonder Woman must face off against another one of the most powerful duos in the DC Universe: the twin children of the immortal madman Vandal Savage!
In Shops: Dec 21, 2016
SRP: $24.99
View All Items In This Series