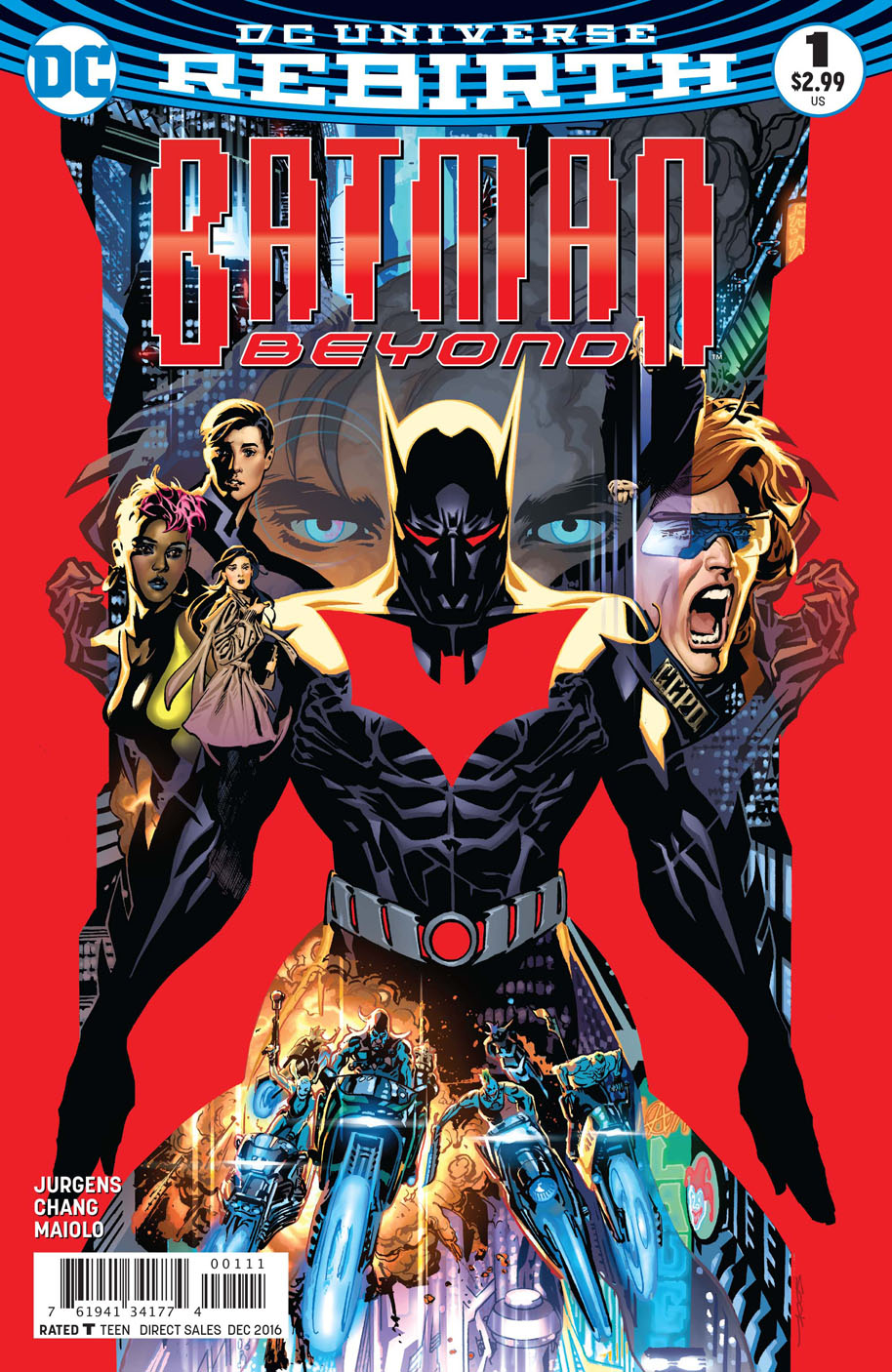 AUG160177
(W) Dan Jurgens (A) Bernard Chang (CA) Ryan Sook
"THE RETURN" part one! Terry McGinnis is back as Batman, much to the delight of his family and friends. But is the original Joker really back as well? Inspired by the possible return of their role model, the Jokerz have taken over an entire section of Gotham City and are determined to wreak havoc in the still-rebuilding city. While Batman battles chaos on the streets, his friend Dana is at the mercy of the new leader of the now-unified gang.
In Shops: Oct 26, 2016
SRP: $2.99
View All Items In This Series