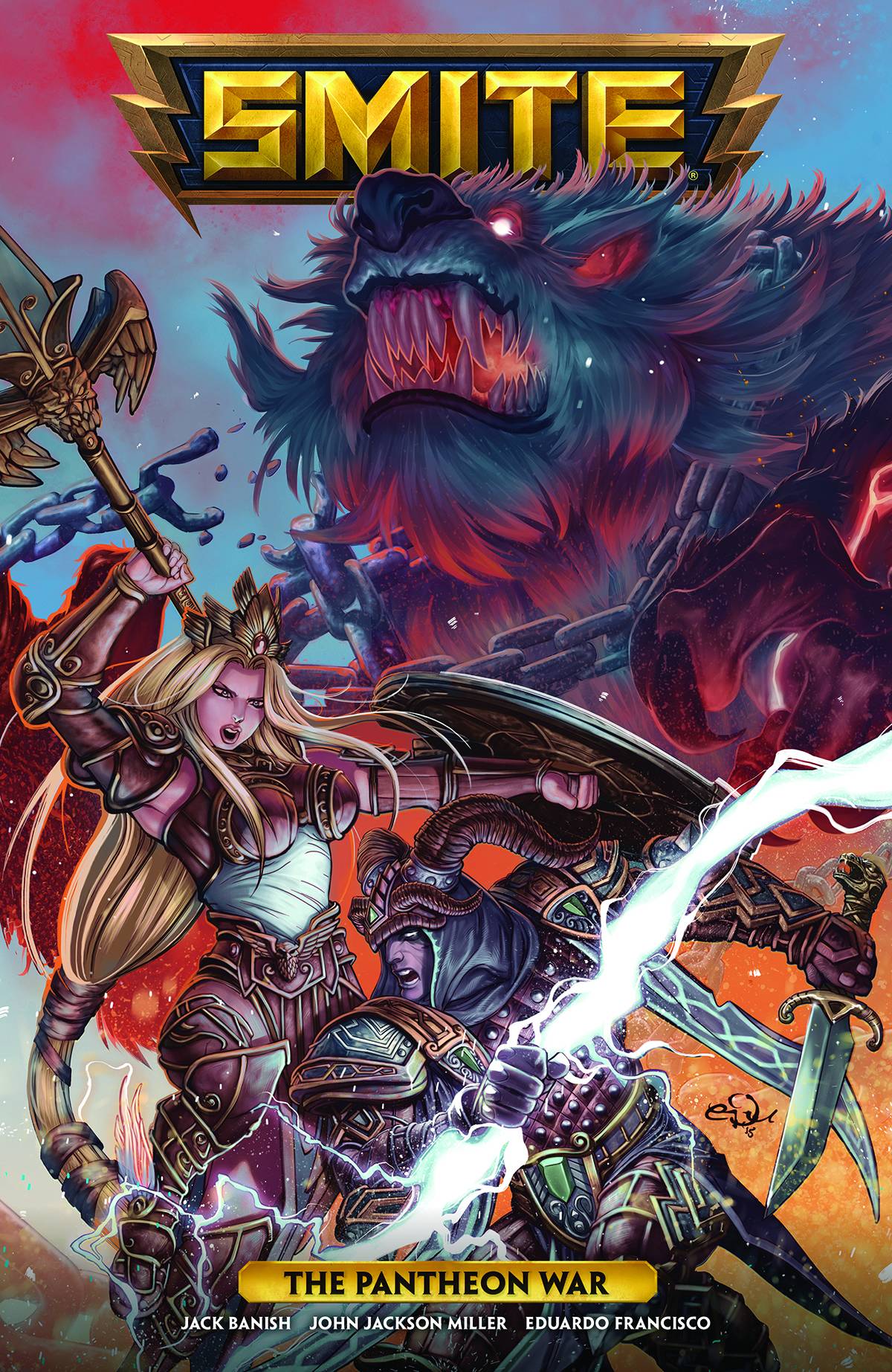 #
AUG160060
(W) Jack Banish, John Jackson Miller (A/CA) Eduardo Francisco
Revealed here is the never-before-told tale of how the conflict between the gods began-from the assassination of Zeus, to the goddess Hel tricking Thor into attacking her own father Loki, to the death of Ares and the plunging of the Pantheons into all-out war! Collects the three-issue digital series.
In Shops: Dec 28, 2016
SRP: $14.99
ORDER WISH LIST