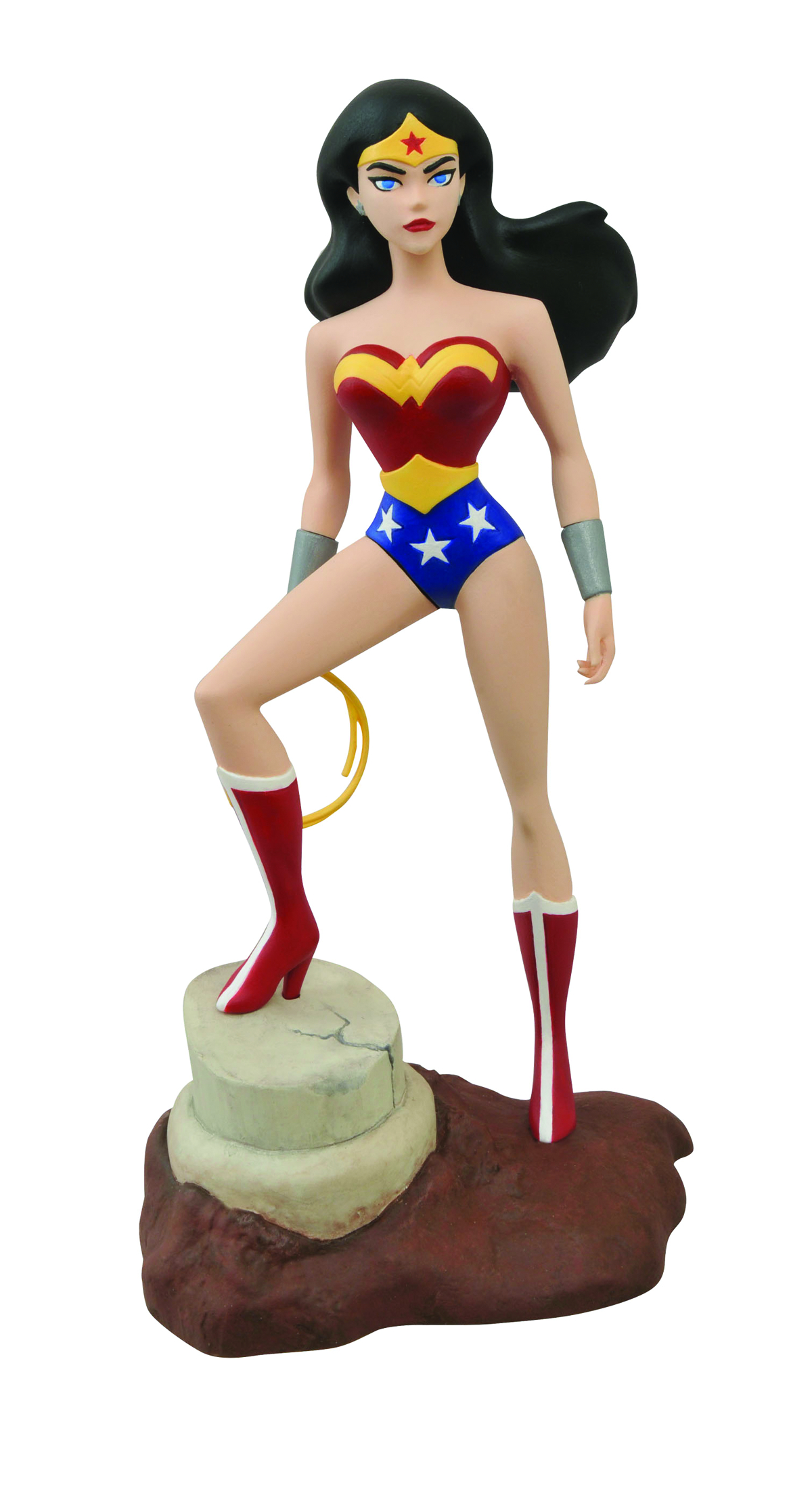 AUG152311
A Diamond Select Toys release! She's not your ordinary princess! As the daughter of the Amazon queen of Themyscira, Wonder Woman was granted strength and flight by the gods, and stands side-by-side with Batman and Superman as a member of the Justice League! This 9-inch PVC statue of Wonder Woman is based on her appearance in the animated series Justice League, and has her placing a raised foot on a broken column, golden lasso at the ready. It comes packaged in a full-color window box. Sculpted by Stever Varner Studios!
In Shops: Jan 13, 2016
SRP: $49.99