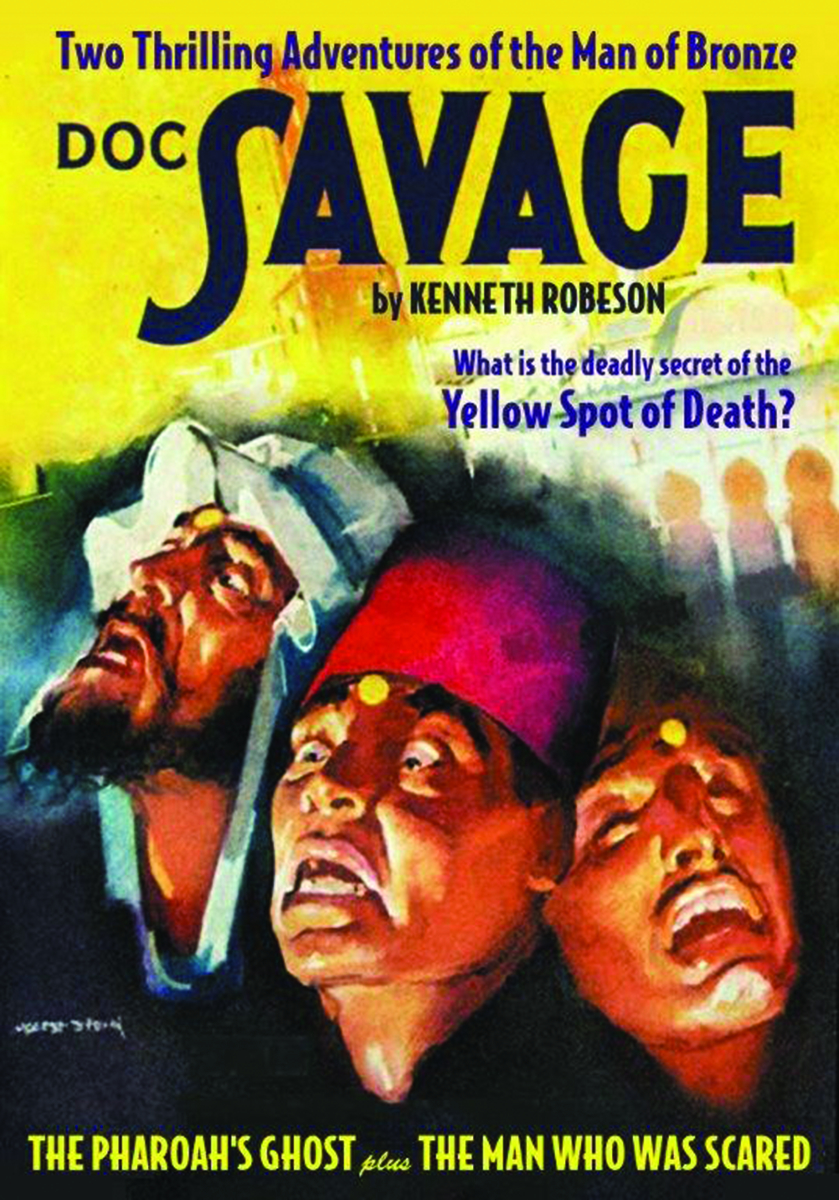 AUG151991
(W) Lester Dent, Kenneth Robeson, Will Murray, Charles S Verral (A) Paul Orban (CA) Modest Stein
The pulps' greatest superhero returns in two action-packed thrillers by Lester Dent. First, after Johnny Littlejohn disappears in Cairo, Doc Savage journeys to the Land of the Sphinx to discover the strange secret behind "The Pharoah's Ghost." Then, the Man of Bronze is accused of murder when "The Man Who was Scared" is killed in Doc's own offices! Plus, a Bill Barnes novelette by Charles S. Verral, a never-published article by Lester Dent and a classic illustrated story from the Golden Age of Comics.
In Shops: Nov 25, 2015
SRP: $14.95
View All Items In This Series