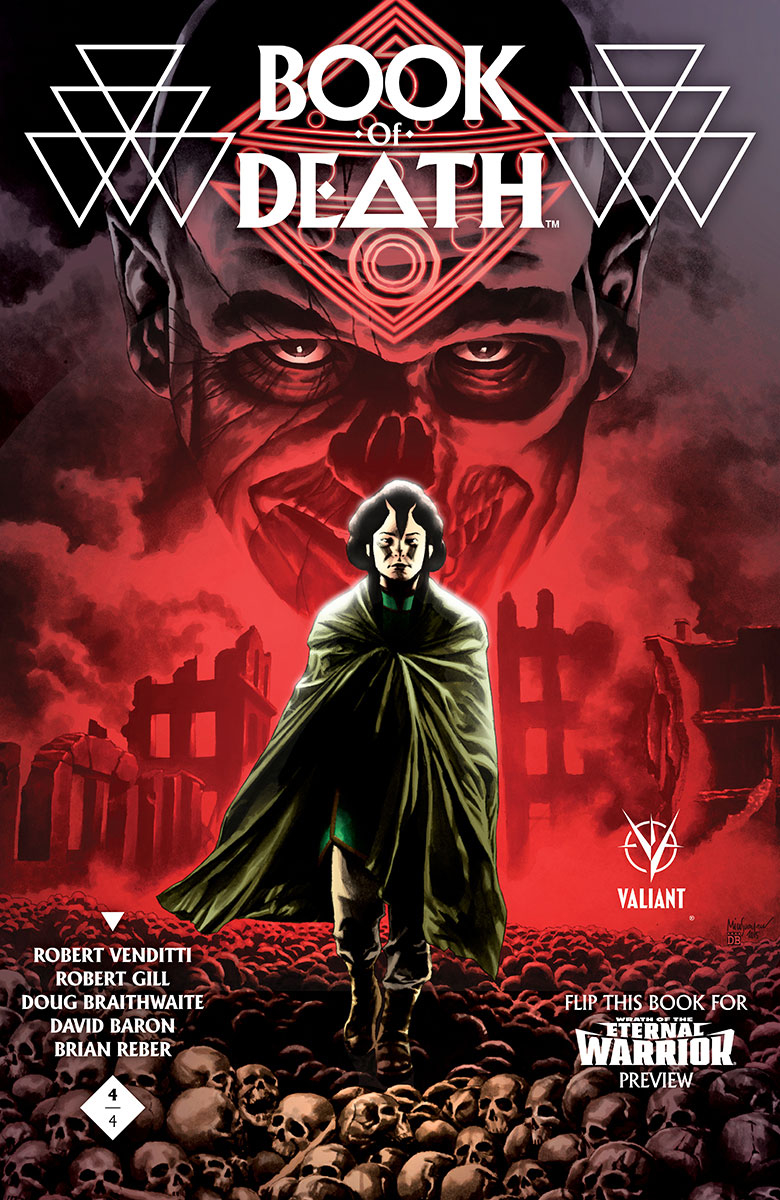 AUG151758
(W) Robert Venditti (A) Robert Gill, Doug Braithwaite (CA) Mico Suayan
An evil Geomancer has torn the world asunder... The dark puppet master pulling the strings has been unmasked... And the Valiant Universe as we know it is being torn apart... The end is here!

Now, not even the combined might of the Valiant's best and brightest can avert the coming apocalypse - not without a sacrifice, that is. Who will pay the ultimate price to avoid the Armageddon promised in the pages of the Book of the Geomancer? And how will it irrevocably change the course of Valiant Universe?

All the answers are here in the climactic final chapter by longtime Valiant scribe Robert Venditti and comics' hottest rising star Robert Gill! So let it be written... So let it be done!
In Shops: Oct 28, 2015
SRP: $3.99
View All Items In This Series