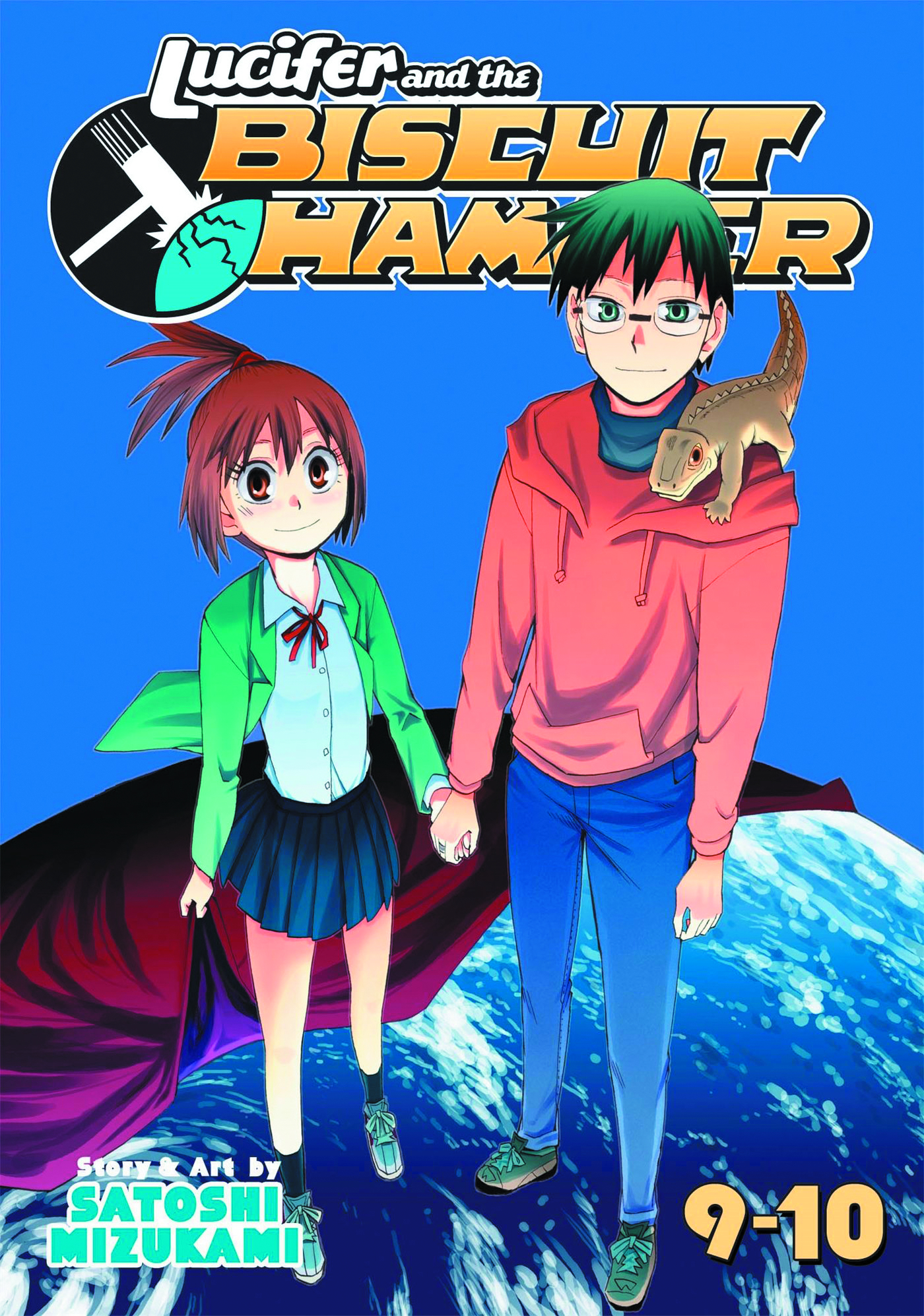 AUG151689
(W) Satoshi Mizukami (A/CA) Satoshi Mizukami
Everything about college student Amamiya Yuuhi is average: grades, looks, and his blasé outlook on life. So what happens when he awakens one day to a talking lizard, who informs him that there is a gigantic hammer in outer space that is poised to split the Earth into pieces and requests his allegiance in the fight against the forces of evil? Pretend it never happened? In the adventure of a lifetime, Yuuhi will join forces with a capricious space princess and a motley crew of companions to fight back against an evil mage and his horrifying homunculus before the Biscuit Hammer can destroy the planet! Collects volume 9 and 10 of the original manga.
In Shops: Nov 25, 2015
SRP: $18.99
View All Items In This Series
ORDER WISH LIST