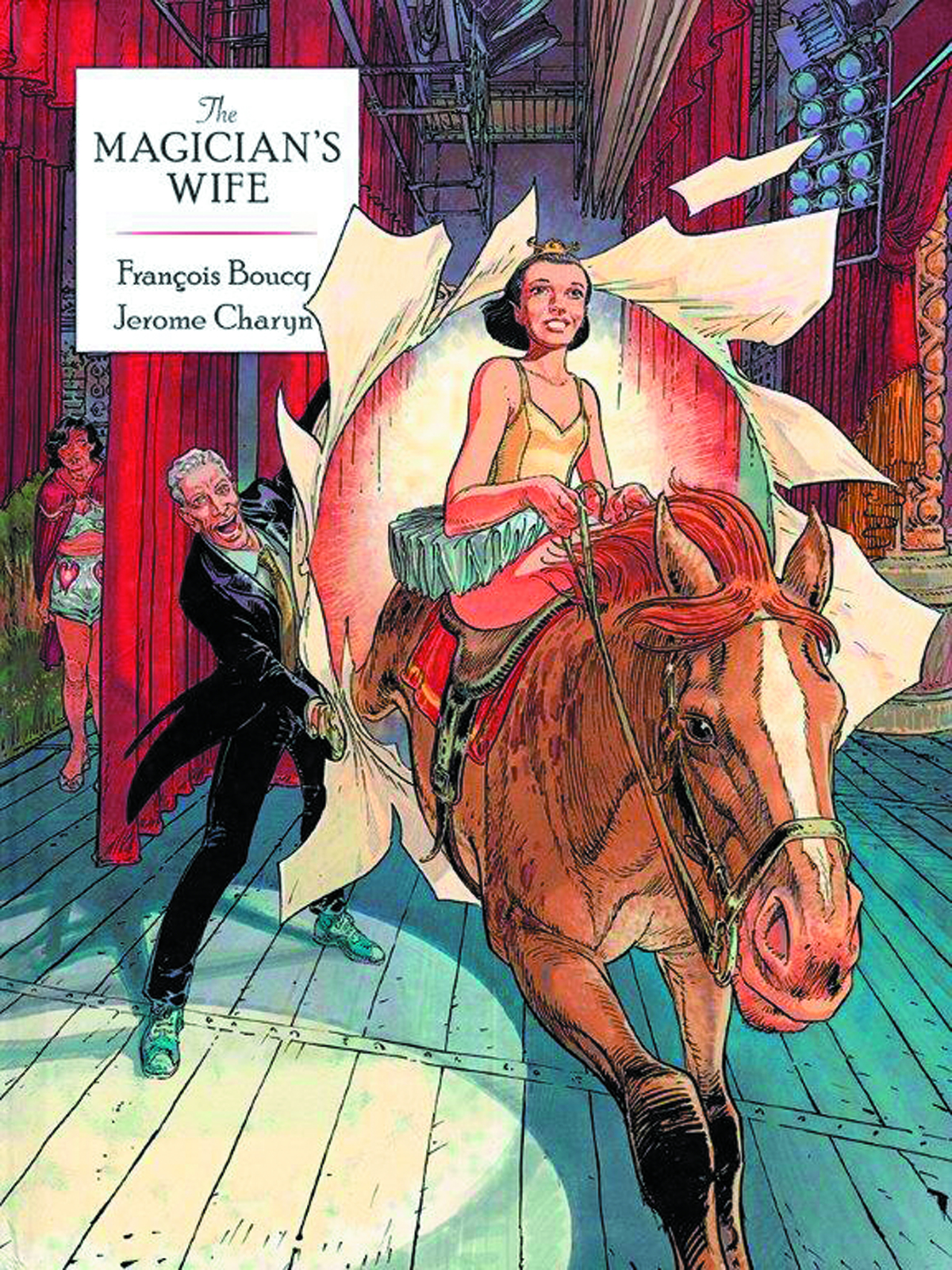 AUG151387
(W) Jerome Charyn (A/CA) Francois Boucq
Spanning multiple decades and continents, this phantasmagorical epic is the result of a unique collaboration between a multiple award-winning American author and the famous French illustrator of Alexandro Jodorowsky's Bouncer. Writer Jerome Charyn and artist François Boucq combine their talents to recount a surrealistic tale about the wife of a philandering magician and her struggles with terrifying demons, both real and imaginary. Originally published as La Femme du magicien, The Magician's Wife was awarded the 1986 Prix Alfred (Angoulême) and the Grand Prix (Sierre). The English-language version has been out of print for three decades, during which time the graphic novel has developed a cult following.
In Shops: Nov 25, 2015
SRP: $14.95
ORDER WISH LIST