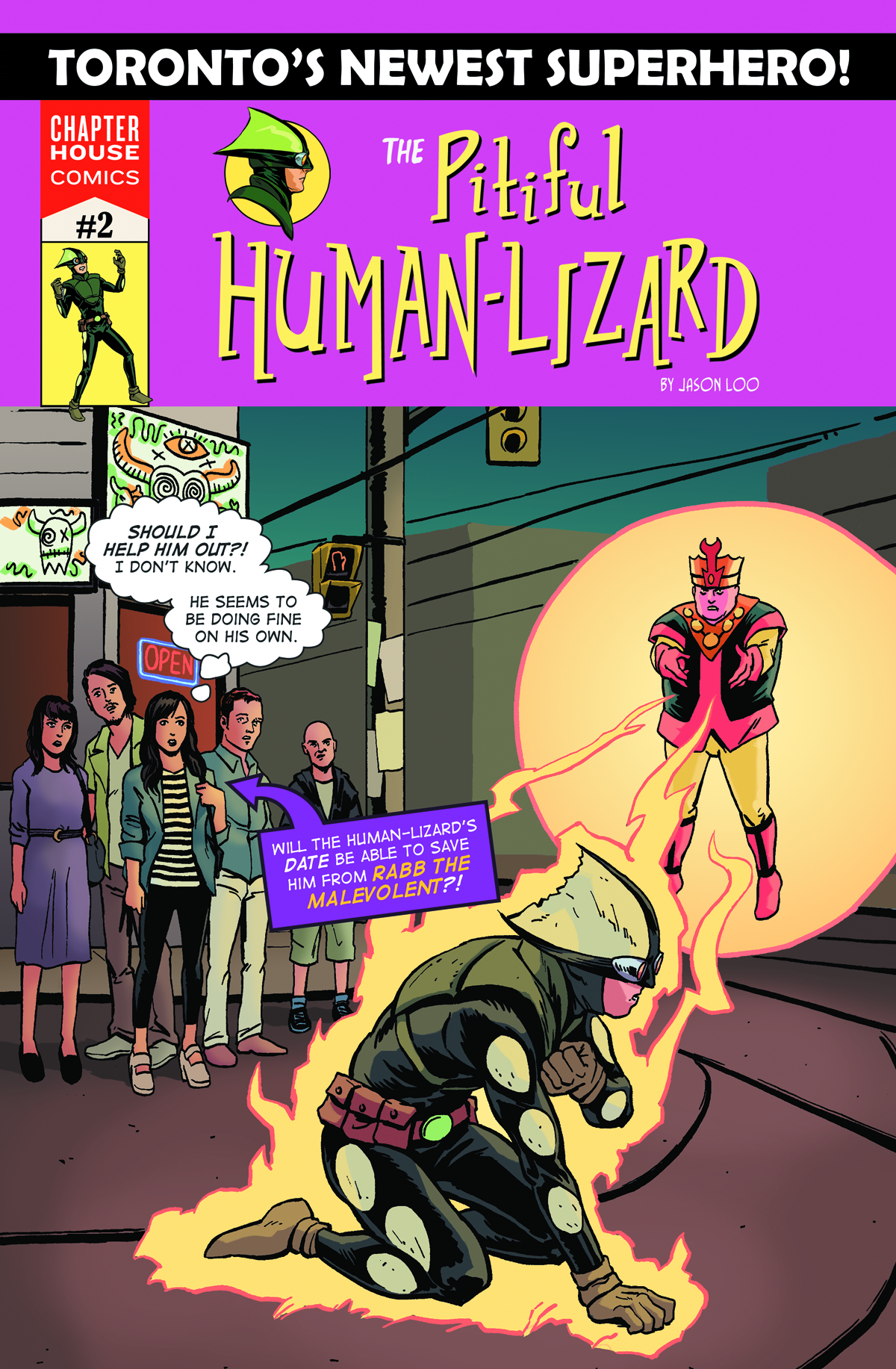 AUG151287
(W) Jason Loo (A/CA) Jason Loo
Office clerk and struggling superhero Lucas Barrett goes on a date with someone he met online, who isn't fond of his costumed alter-ego. Throw-in beetle vikings, his slacker friend the Majestic Rat, and cosmic villain Rabb the Malevolent (who has an awful resemblance to a former Toronto mayor that made headlines around the world), and you've got excitement!
In Shops: Nov 18, 2015
SRP: $2.99
View All Items In This Series
ORDER WISH LIST