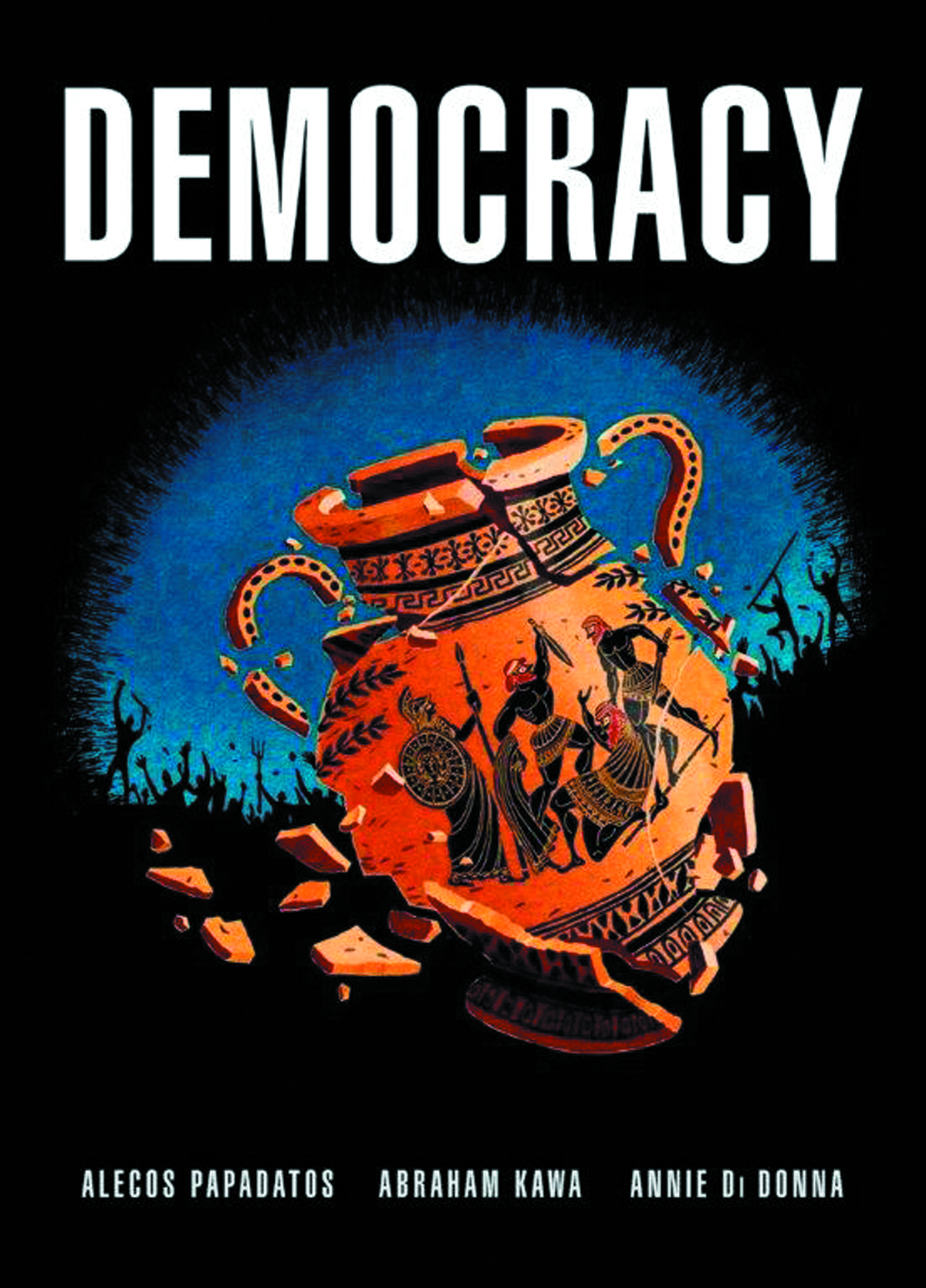 AUG151182
(W) Abraham Kawa (A) Annie Di Donna (A/CA) Alecos Papadatos
From the team behind the international phenomenon Logicomix comes a new graphic novel, Democracy, written and illustrated by Alecos Papadatos and in collaboration with Abraham Kawa. Democracy opens in 490 BCE, when Athens is at war. Leander, trying to rouse his comrades for battle, begins to recount his own life, bearing direct witness to the evils of the old tyrannical regimes and to the birth of a new political system. The story that emerges, of the death of the gods and the tortuous birth of democracy, is crammed with extraordinary characters and tells in incident and vivid detail how this greatest of civic inventions came about. We see that democracy was born through a combination of chance and historical contingency - but also through the cunning, courage, and willful action of a group of highly talented and driven individuals.
In Shops: Sep 23, 2015
SRP: $27.00
ORDER WISH LIST