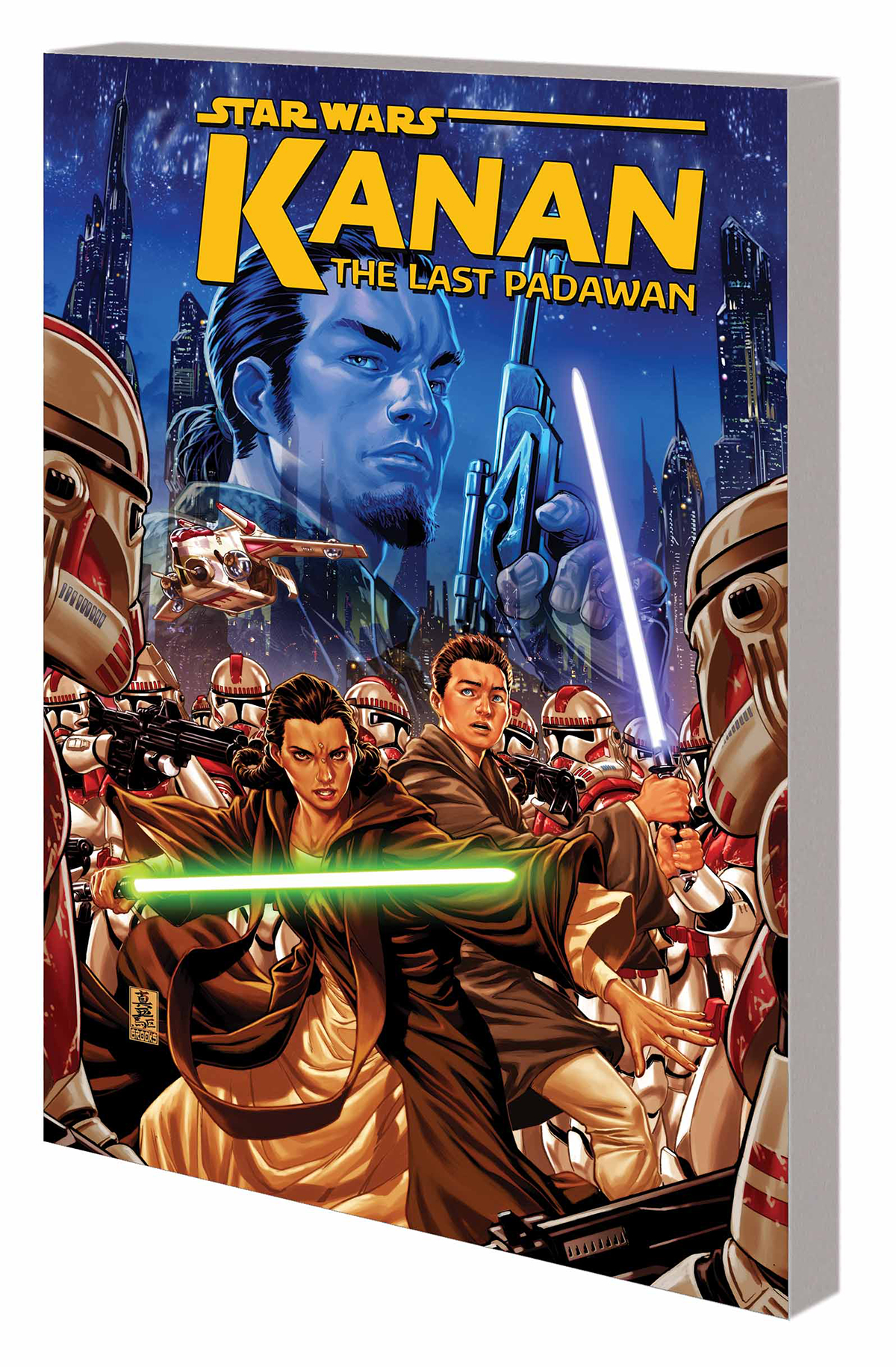 AUG150916
(W) Greg Weisman (A) Pepe Larraz (CA) Mark Brooks
In Star Wars: Rebels, Kanan Jarrus is a cocky, sarcastic renegade fighting the Galactic Empire alongside the ragtag crew of the Ghost. But years before, during the Clone Wars, he was known as Caleb Dume, a Jedi Padawan training under Master Depa Billaba. Neither master nor apprentice ever suspected that their "loyal" Clone Troopers would turn on them upon the issuing of Order 66 - the Emperor's directive to execute all Jedi. How did Caleb Dume escape the Jedi purge? How did he learn to survive on his own after his master fell? And how did he become the man we know as Kanan Jarrus? What can a Padawan do when being a Jedi makes him a target? Join young Caleb for a tale that bridges the years between the Clone Wars and Rebels! Collecting KANAN: THE LAST PADAWAN #1-6.
Rated T
In Shops: Nov 04, 2015
SRP: $19.99
View All Items In This Series
ORDER WISH LIST