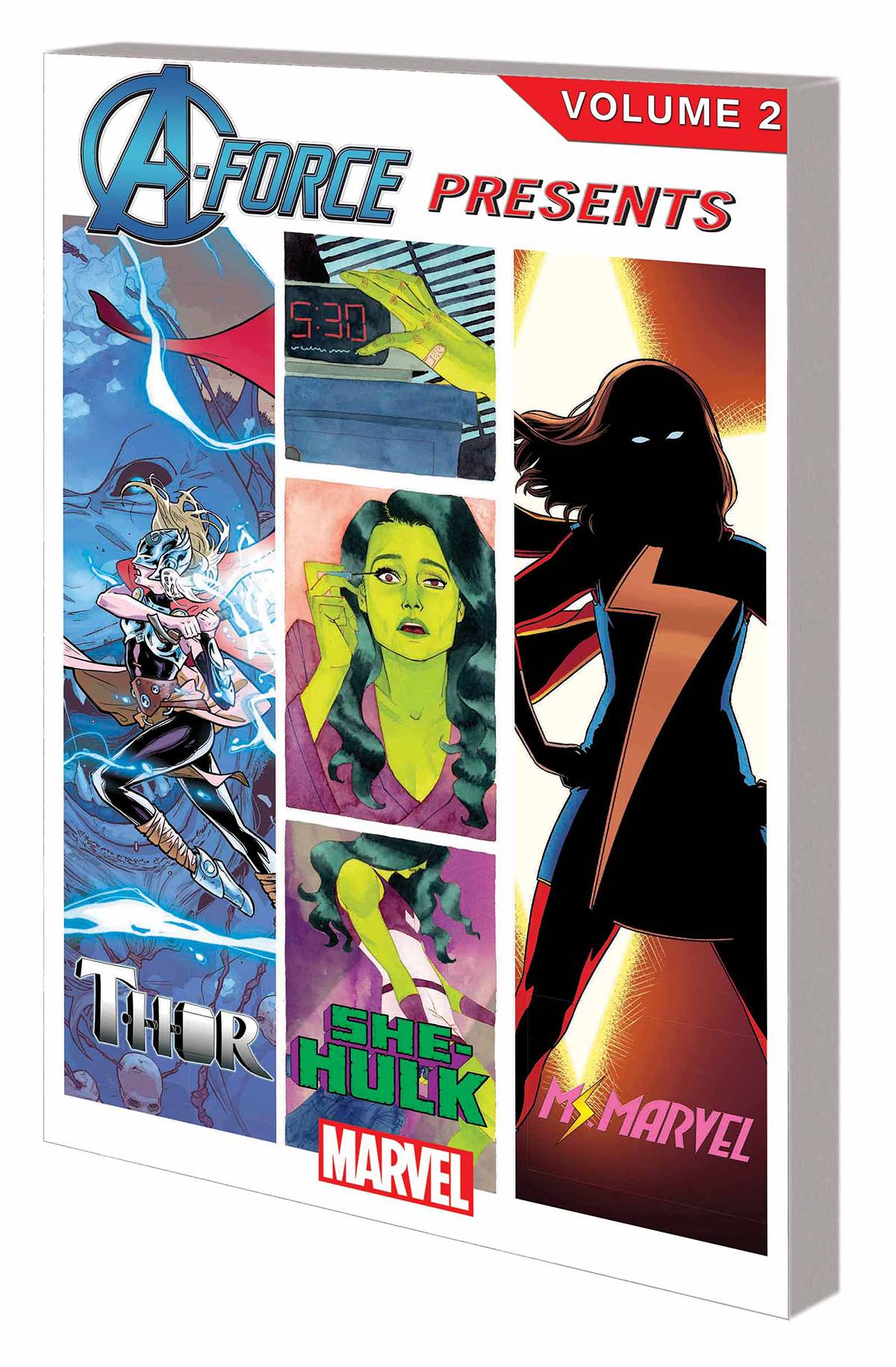 #
AUG150908
(W) Various (A) Various (CA) Jamie McKelvie, Kevin Wada, Russell Dauterman
Prepare for excitement and action as Marvel's most spectacular heroes continue their adventures! Black Widow's quest for atonement takes a dark and mysterious turn! Will Captain Marvel survive on the front lines of a war on an alien world? The all-new Ms. Marvel adjusts to her strange and immense new powers, but can she come to terms with her Inhuman legacy? She-Hulk opens her own law practice, but her first client proves to be a ton of trouble! Witness the new Thor in all-out action against an army of invading Frost Giants! And Marvel's most unbeatable hero, Squirrel Girl, must invade Stark Enterprises to save the world! It doesn't get any better than this! Collecting BLACK WIDOW (2014) #2, CAPTAIN MARVEL (2014) #2, MS. MARVEL (2014) #2, SHE-HULK (2014) #2, THOR (2014) #2 and UNBEATABLE SQUIRREL GIRL #2.
Rated T+
In Shops: Nov 11, 2015
SRP: $14.99
View All Items In This Series
ORDER WISH LIST