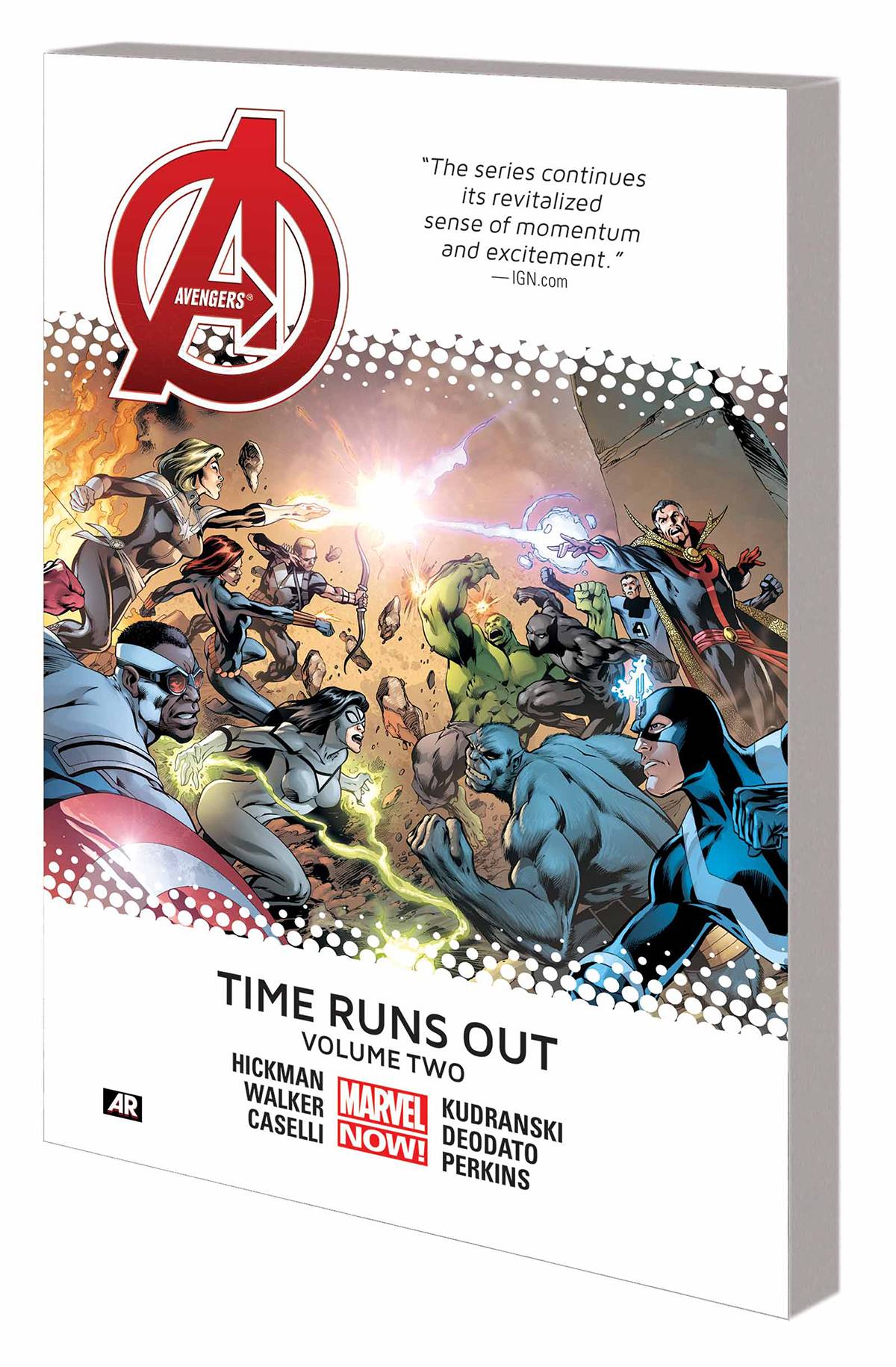 #
AUG150903
(W) Jonathan Hickman (A) Various (CA) Alan Davis
How can Earth's Mightiest Heroes possibly halt the absolute end of everything? After two years of carefully crafting his cataclysmic saga, writer Jonathan Hickman jumps ahead eight months to the grand finale - the day of the Final Incursion! After the revelation of the Illuminati's desperate, world-destroying actions, the Avengers are fragmented. While one group seeks out the Illuminati for a confrontation, another takes the fight to the new Cabal, which is engaged in a bloody mission all its own. Discover what has become of Tony Stark - to say nothing of Doctor Strange! But even after all the battles and all the sacrifices, none are prepared for the inevitable moment when time runs out. The second act of the astonishing climax to Jonathan Hickman's legendary run is here! Collecting AVENGERS (2012) #38-39 and NEW AVENGERS (2013) #26-28.
Rated T+
In Shops: Oct 28, 2015
SRP: $19.99
View All Items In This Series