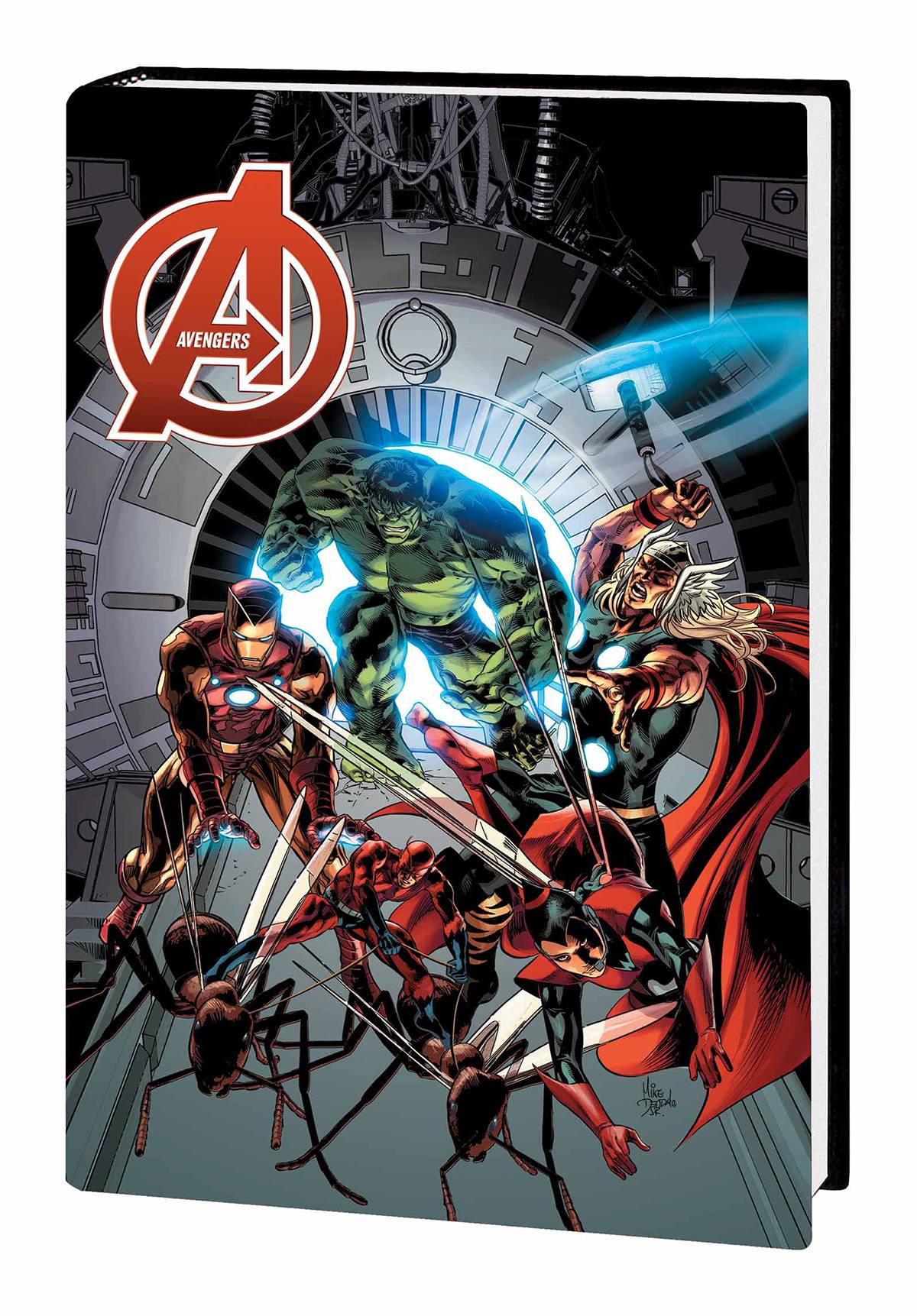 #
AUG150893
(W) Jonathan Hickman (A) Esad Ribic, Salvador Larroca, Leinil Francis Yu (CA) Mike Deodato
Captain America and Iron Man plan for the next iteration of the Avengers, but they soon discover that a runaway planet is on a collision course with Earth! And as A.I.M. brings a corrupt version of the Avengers into the Marvel Universe, Bruce Banner puts together the pieces of the Illuminati and confronts Iron Man. The collision of the Avengers and the New Avengers is imminent! But as teammate faces teammate, the Time Gem suddenly reappears and takes the Avengers on a peril-filled journey into days-to-come: 50, 500, 5,000 and 50,000 years into the future, the team witnesses the legacy of its actions, the rogue planet's origin is revealed - and the Avengers World crumbles. The Illuminati have fortified themselves to save the Earth, but Captain America will remind them of the cost. Collecting AVENGERS (2012) #24-34.
Rated T+
In Shops: Feb 03, 2016
SRP: $34.99
View All Items In This Series
ORDER WISH LIST