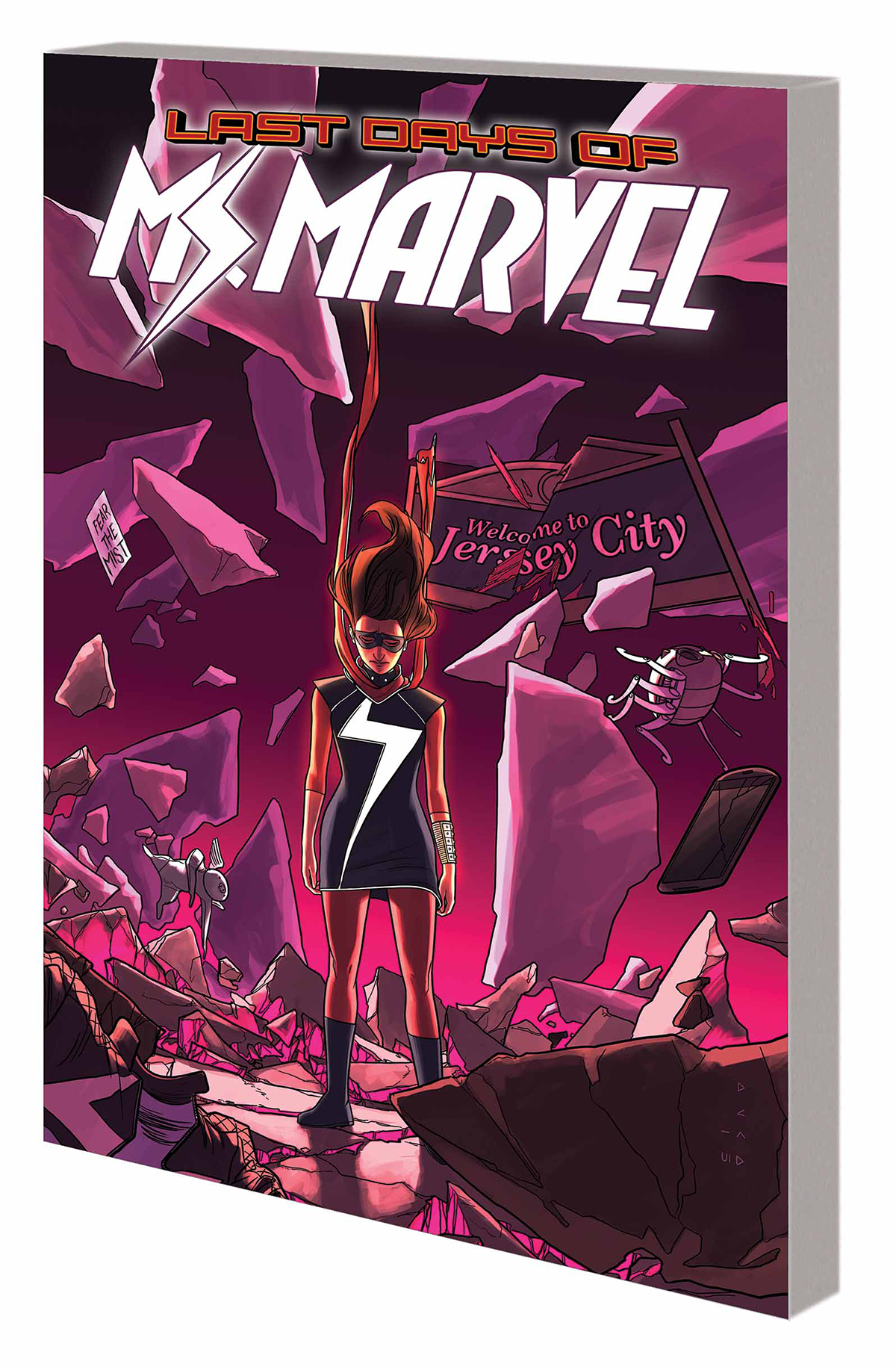 AUG150888
(W) G. Willow Wilson, Dan Slott (A) Adrian Alphona, Giuseppe Camuncoli (CA) Kris Anka
From the moment Kamala put on her costume, she's been challenged. But nothing has prepared
her for this: the last days of the Marvel Universe. It's a very special guest appearance that fans have been clamoring for: Carol "Captain Marvel" Danvers and Kamala "Ms. Marvel" Khan face the end of the world side-by-side! Between teaming up with her personal hero to rescue her brother and trying to keep her city from falling into an all-out frenzy, Kamala has barely had time to come to terms with the fact that the world is literally collapsing around her. But the truth will catch up to her, and soon. When the world is about to end, do you still keep fighting? Kamala knows the answer. Let's do this, Jersey City. Collecting MS. MARVEL (2014) #16-19 and material from AMAZING SPIDER-MAN (2014) #7-8.
Rated T+
In Shops: Nov 18, 2015
SRP: $17.99
View All Items In This Series