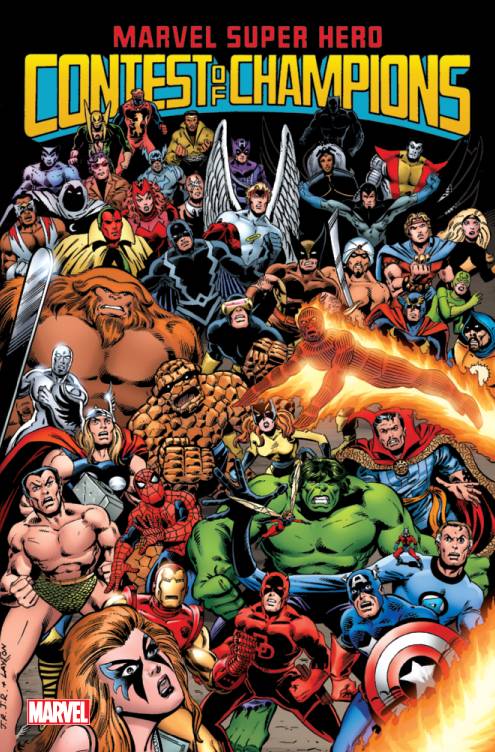 #
AUG150846
(W) Steven Grant, Mark Gruenwald, Bill Mantlo (A) Pablo Marcos, Bob Layton (A/CA) John Romita Jr.
• The Grandmaster enters a cosmic wager with Death herself, using Earth's mightiest heroes as his chess pieces!
•  His goal? To return his fellow Elder of the Universe, the Collector, to life!
• The stakes? Nothing less than the fate of the Earth itself!
• Now, heroes from around the globe must battle it out in a contest like none ever seen before.
• Marvel's historic first miniseries is re-released in a single volume, packed with extras!
• Guest-starring...everyone! (Everyone circa 1982, that is.)
• Collecting MARVEL SUPER HERO CONTEST OF CHAMPIONS #1-3.
Rated T
In Shops: Oct 07, 2015
SRP: $7.99
View All Items In This Series
ORDER SUBSCRIBE WISH LIST