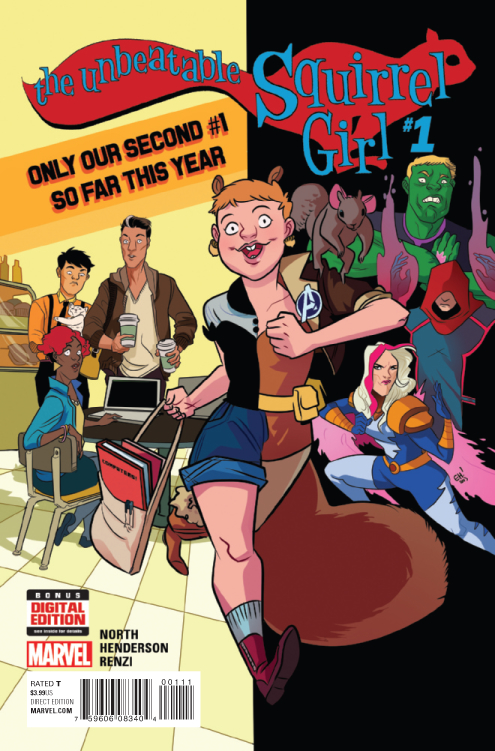 AUG150821
(W) Ryan North (A/CA) Erica Henderson
Galactus. Thanos. M.O.D.O.K. With her unique combination of wit, empathy, and totally kick-butt squirrel powers, Doreen Green -- aka The Unbeatable Squirrel Girl -- has taken ALL these chumps down! Alongside her friends Tippy-Toe (a squirrel) and Nancy (a regular human with no powers whatsoever -- they checked), Squirrel Girl is all that stands between the Earth and total destruction! Sometimes. Other times there's no threats and she's just a regular computer science student. That's an adventure too though!
Rated T
In Shops: Oct 28, 2015
SRP: $3.99
View All Items In This Series