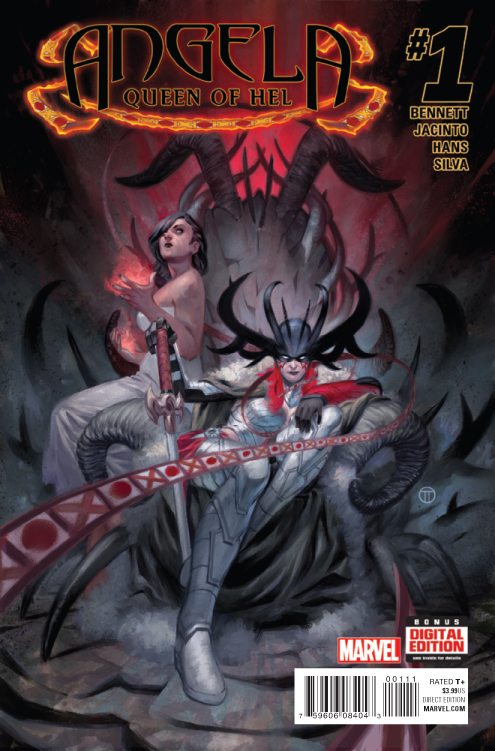 AUG150715
(W) Marguerite Bennett (A) Aaron Kim Jacinto, Stephanie Hans (CA) Julian Totino Tedesco
HEL HATH A NEW FURY.
Stolen from ASGARD, exiled from HEVEN, and robbed of SERA, her greatest companion - ANGELA plunges into the depths of blackest HEL to save her friend...and once there, the lost princess of Asgard will carve out a realm of her very own. All hail ANGELA, THE NEW QUEEN OF HEL!
Rated T
In Shops: Oct 28, 2015
SRP: $3.99
View All Items In This Series