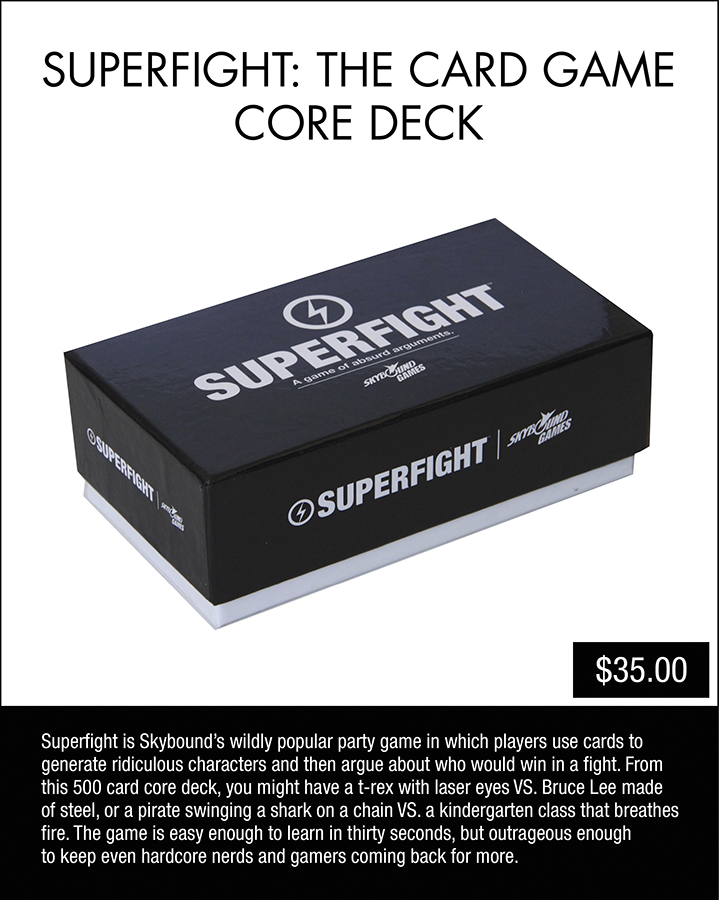 AUG150606
Superfight is Skybound's wildly popular party game in which players use cards to generate ridiculous characters and then argue about who would win in a fight. From this 500 card core deck, you might have a t-rex with laser eyes VS. Bruce Lee made of steel, or a pirate swinging a shark on a chain VS. a kindergarten class that breathes fire. The game is easy enough to learn in thirty seconds, but outrageous enough to keep even hardcore nerds and gamers coming back for more.
In Shops: Oct 21, 2015
SRP: $35.00