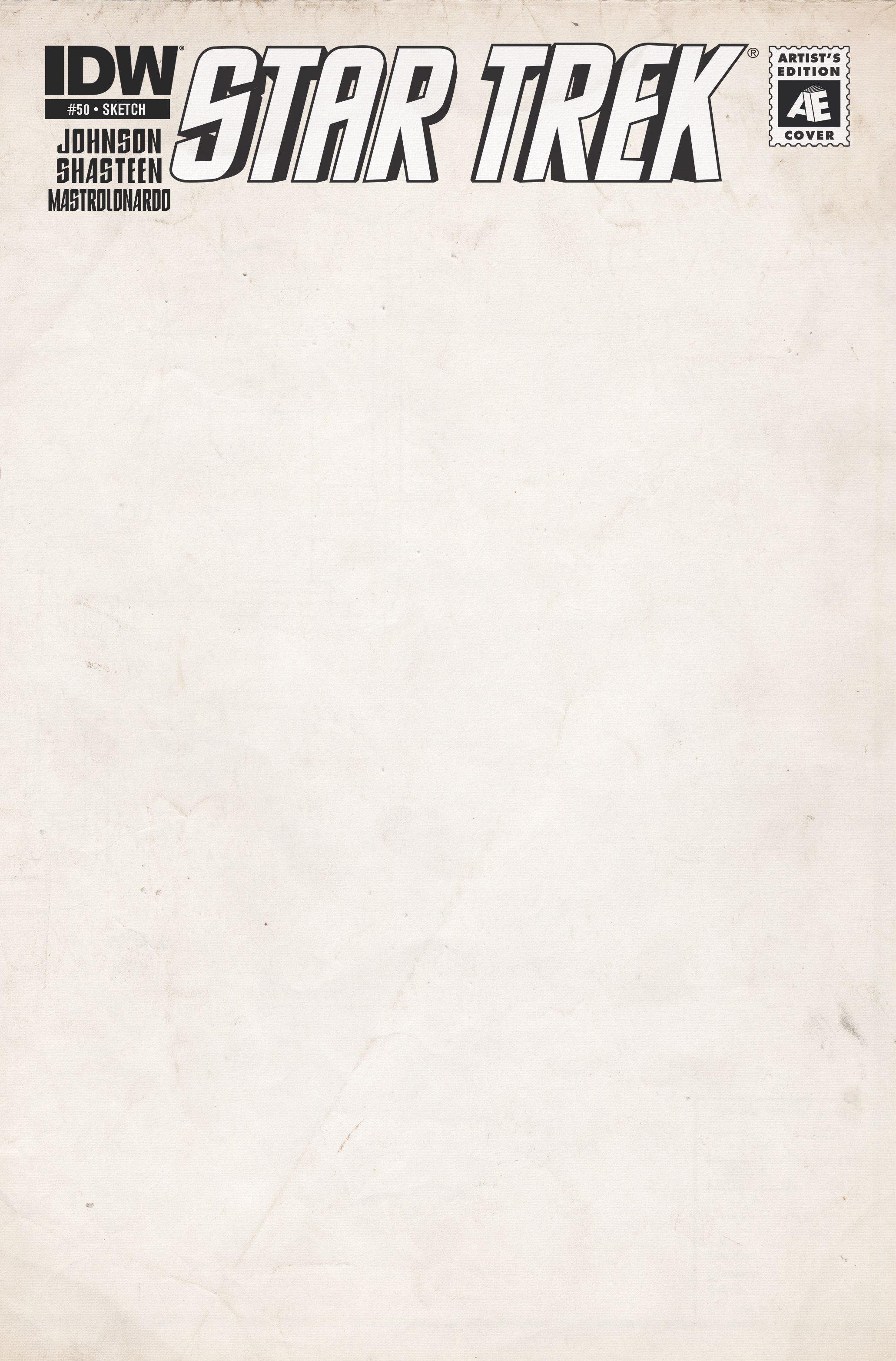 AUG150351
(W) Mike Johnson (A) Tony Shasteen (CA) Blank Sketch Cover
Don't miss this special anniversary issue that kicks off an epic new 3-part adventure! For the first time, the crew of the new movie franchise will meet its evil Mirror counterpart! It's Enterprise vs. Enterprise, Federation vs. the Terran Empire, with the fate of two universes at stake!
Bullet Points:
•  Wrap around cover by interior artist Tony Shasteen, celebrating the momentous 50th issue of IDW'S ongoing Star Trek comic!
•  The kick-off of a very special 3 part story, inspired by the classic original Star Trek episode "Mirror, Mirror!"
•  Bonus content including behind-the-scenes looks at the last 50 issues of Star Trek...with hints about where the series is going, and what IDW will be doing to celebrate the 50th anniversary of the series in 2016!
•  Also available: Artist's Edition cover by Rachael Stott, and a blank sketch cover!
In Shops: Oct 21, 2015
SRP: $4.99
View All Items In This Series