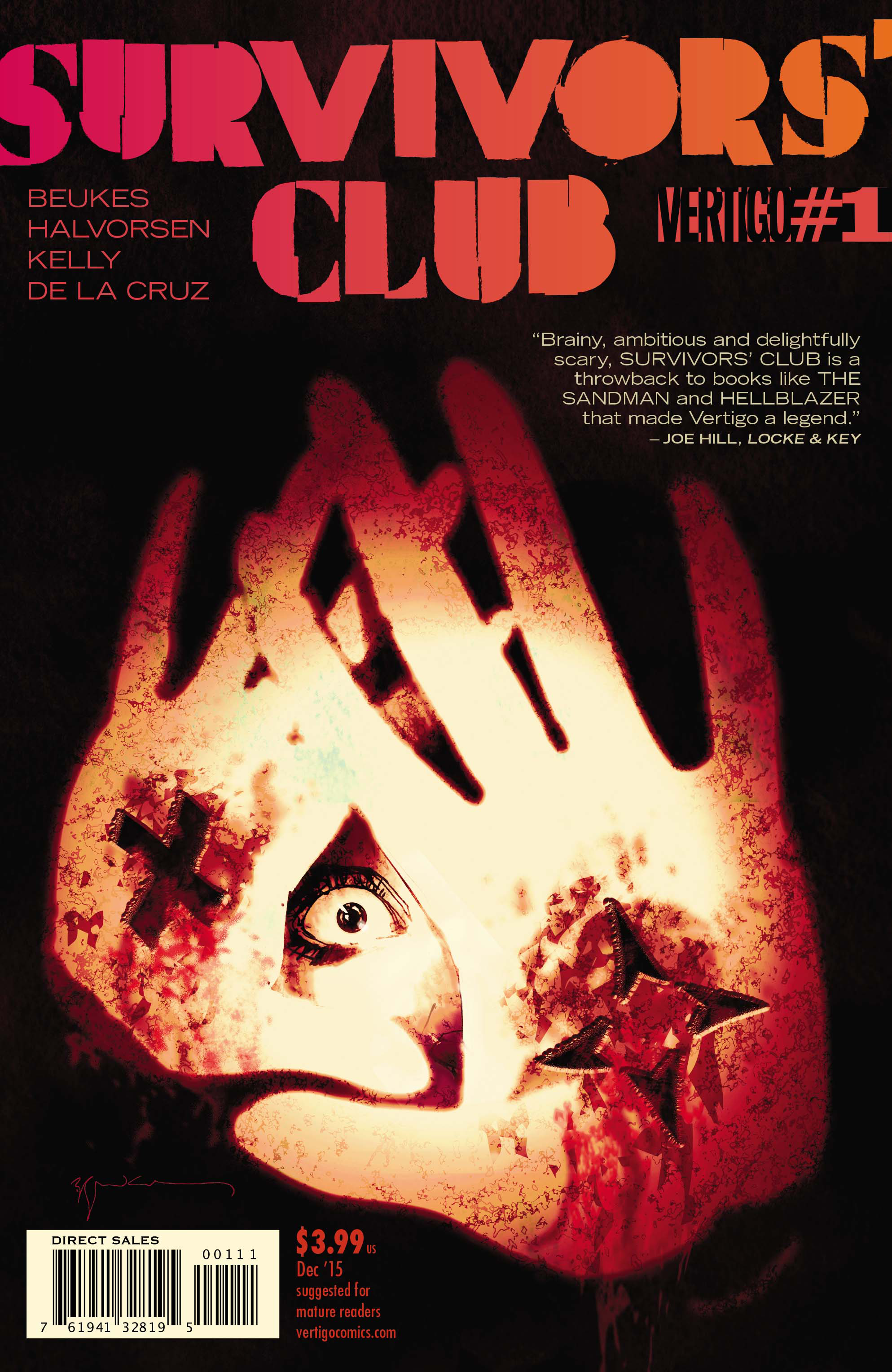 AUG150283
(W) Lauren Beukes, David Halvorson (A) Ryan Kelly (CA) Bill Sienkiewicz
One was possessed by a poltergeist. Another was trapped in a haunted house. A third had a killer doll. Ever wonder what happened to these children of the 1980s? Find out in SURVIVORS CLUB, a new series cowritten by renowned horror novelist Lauren Beukes and videogame journalist Dave Halverson, with art by Ryan Kelly (NORTHLANDERS).
Having found each other over the internet, six grown-up survivors are drawn together by the horrors they experienced in 1987 when a rash of occult events occurred around the world-with fatal results. Now, there are indications that it may be happening all over again. Is it possible that these six aren't just survivors-but were chosen for their fates?
In Shops: Oct 07, 2015
SRP: $3.99
View All Items In This Series