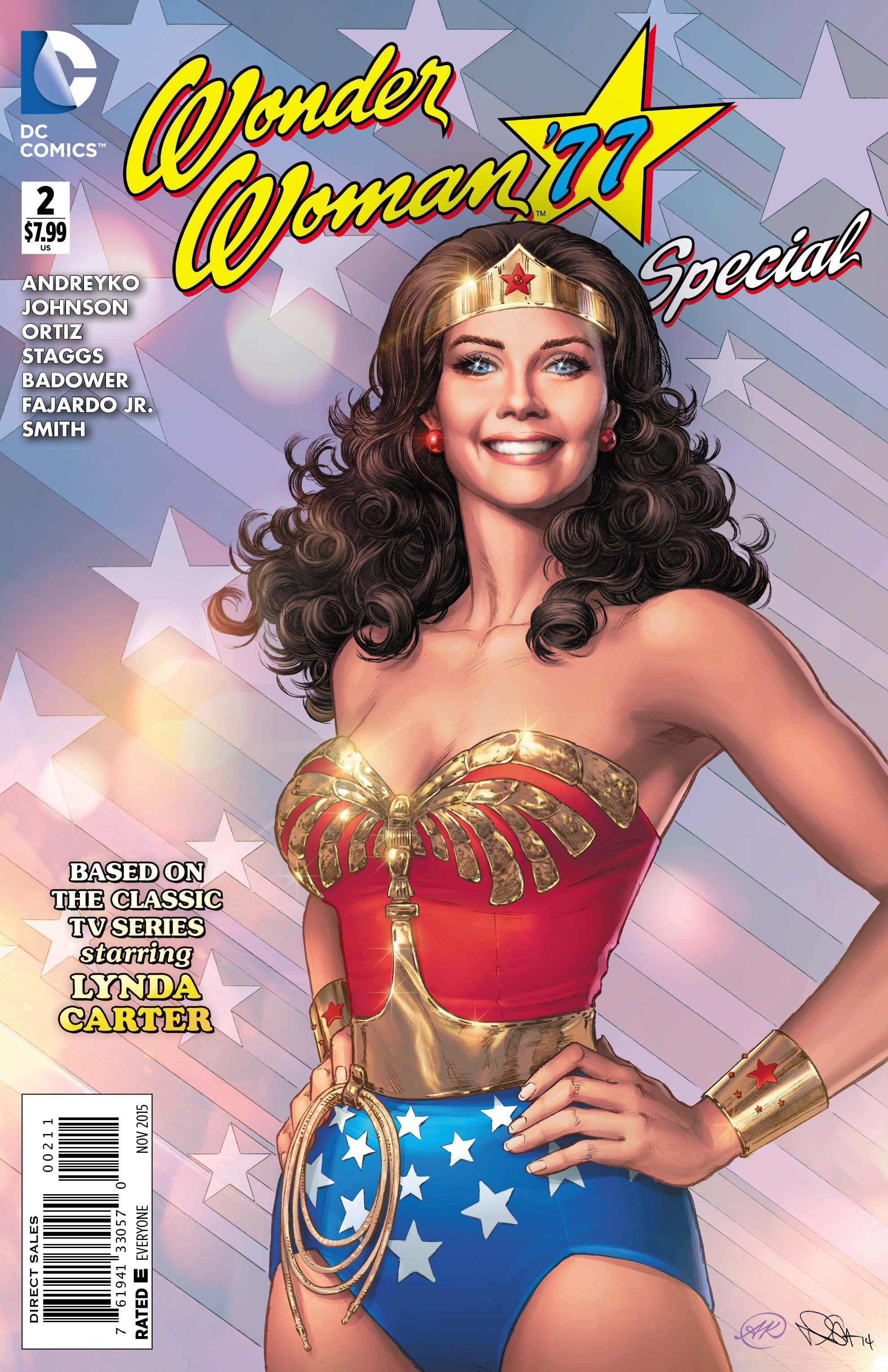 AUG150212
(W) Marc Andreyko (A) Cat Staggs, Richard Ortiz, Drew Johnson, Jason Badower (CA) Nicola Scott
Get ready for three new stories based on the classic television series starring Lynda Carter! A scientist who is intensely jealous of Wonder Woman becomes empowered by an ancient artifact and Cheetah is born! A woman with the powers of both fire and ice seeks revenge against a corrupt politician. And, Halloween finds the princess up against an undead adversary.
In Shops: Sep 30, 2015
SRP: $7.99
View All Items In This Series