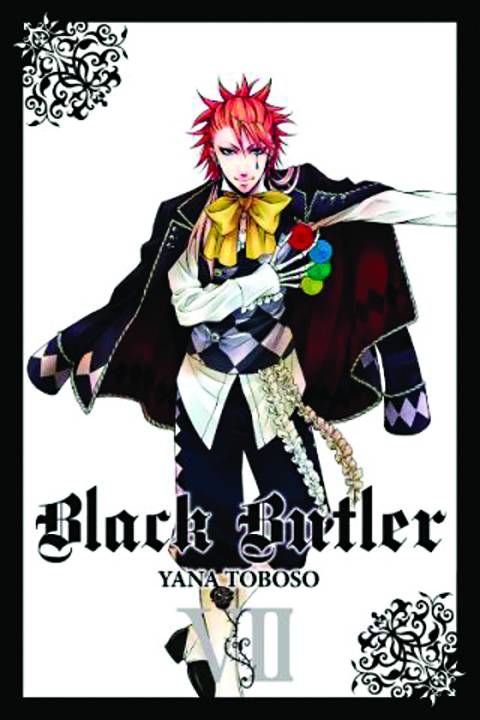 #
AUG148364
Having successfully infiltrated the Noah's Ark Circus in the guise of rookie performers, Earl Ciel Phantomhive and his butler, Sebastian, set about gathering clues backstage as to the whereabouts of the missing children. But when a turn at a snooping puts Ciel on the trail of a man whose identity is shrouded in mystery, he sets his consummate manservant to the task of investigating further. This time, however, Sebastian must call upon one of the more infamously wicked skills of his kind to solve the puzzle. As he stalks his vulnerable prey in the shadows of the fairgrounds, is his young master prepared for where the ill-gotten gains of his butler's methods will lead?
In Shops: Oct 29, 2014
SRP: $13.00
View All Items In This Series
ORDER SUBSCRIBE WISH LIST