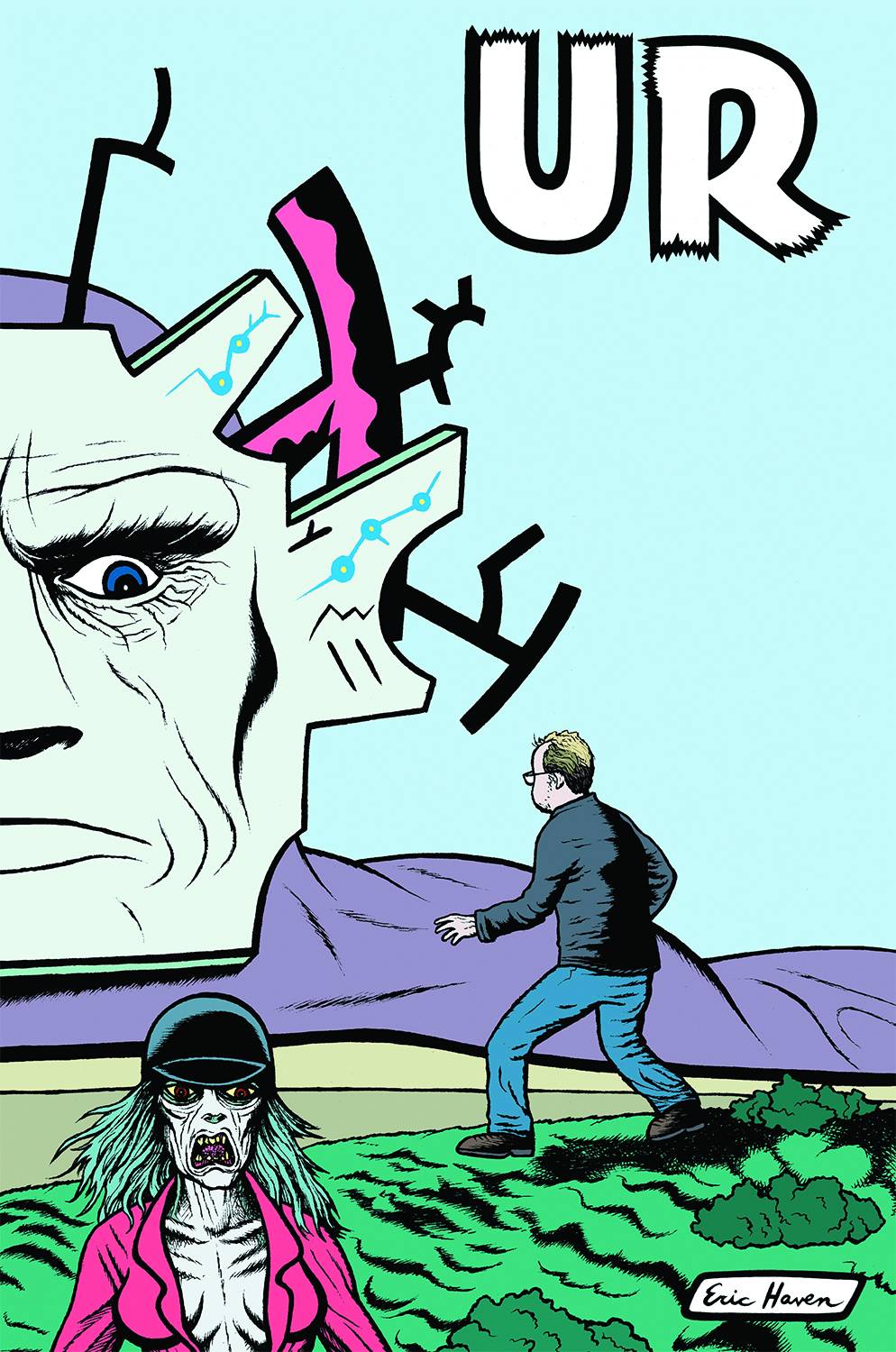 #
AUG148288
(W) Eric Haven (A/CA) Eric Haven
Eric Haven, the Emmy-nominated producer of MythBusters, takes us through the modern world in UR, a collection of work that has appeared in various comic anthologies. Dark, absurdist, and deadpan, these stories reflect the apocalyptic undercurrent of the modern era. Also included is Haven's long-running comic strip "Race Murdock," which appeared in The Believer magazine.
In Shops: Jan 07, 2015
SRP: $14.95
ORDER WISH LIST