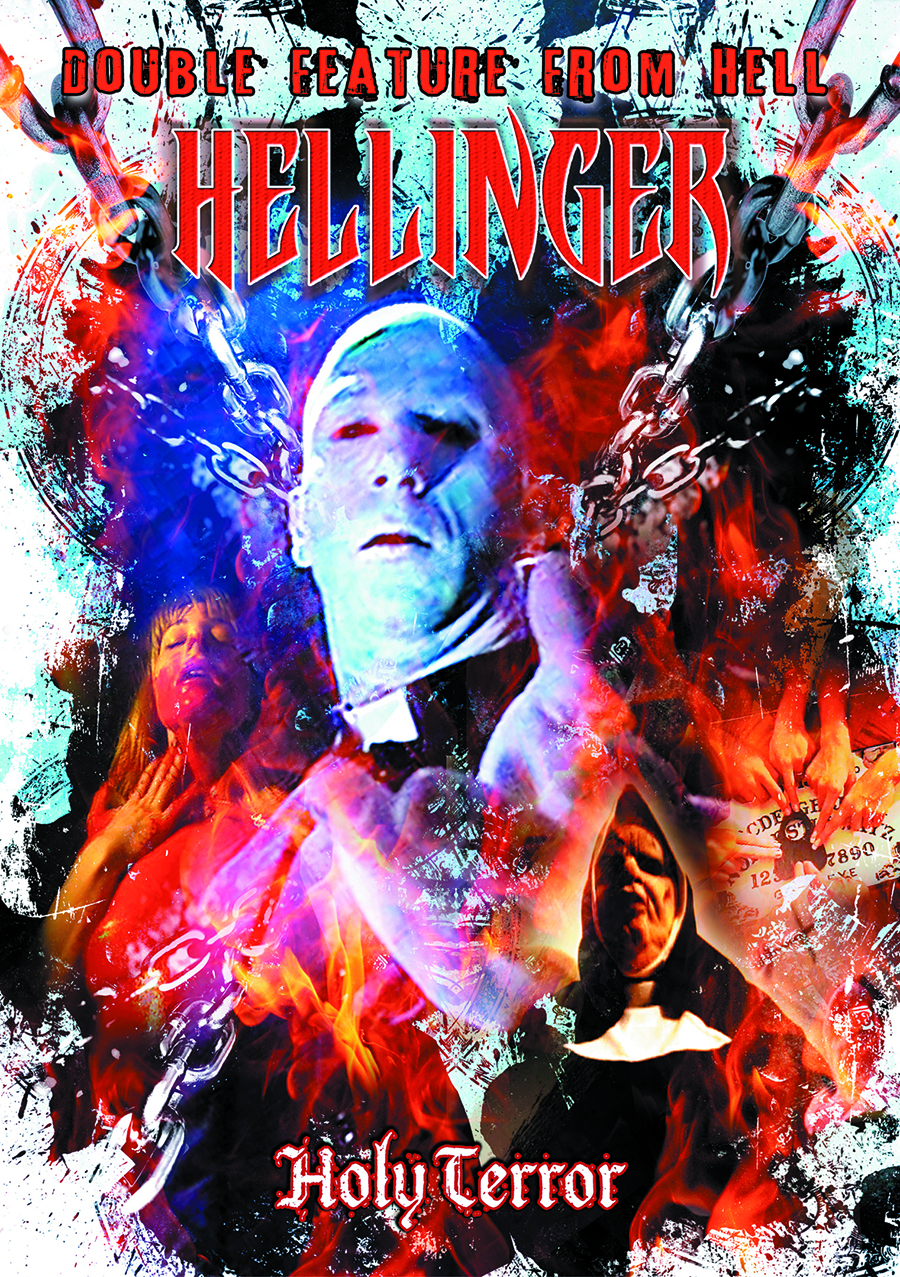 AUG142898
From SGL Entertainment. Featuring Two of Massimiliano Cerchi's Most Terrifying Films: Hellinger and Holy Terror! Hellinger: A fallen man of the cloth forever bound to the fires of Hell by a pact made with Satan is unleashed to torment humankind! It was 20 years ago that a young innocent named Melissa was discovered by her neighbors drenched in blood and driven to near-insanity by the evil that claimed her father, and even as an adult, the darkness of that fateful day still haunts her. Father Thomas Donaldson was a trusted clergyman who was loved by his flock, but when Father Donaldson began to question his faith and became obsessed with the idea of getting a glimpse of heaven, the deal he so arrogantly cut with Satan to fulfill his Earthly wish left him blinded and possessed by evil. Now the man once known as Father Donaldson has become Hellinger, an unstoppable demon with a unquenchable hunger for human souls and a special place in his black heart for the girl who now thinks he was a mere figment of her imagination. Holy Terror: Possessed by a demon in life and forced to spend eternity doing the devils bidding in death, a malevolent nun returns to life to torment a young couple and their terrified friends in director Massimiliano Cerchis sacrilegious shocker. A young couple has just moved into their new rental home, and in order to properly break the place in they have invited over a small group of friends for an intimate housewarming party. Soon prompted to experiment with an Ouija board by their sinister landlord, the unassuming partiers inadvertently unleash the murderous spirit of a demonic nun whose evil is so powerful that it cannot be contained to the spiritual realm.