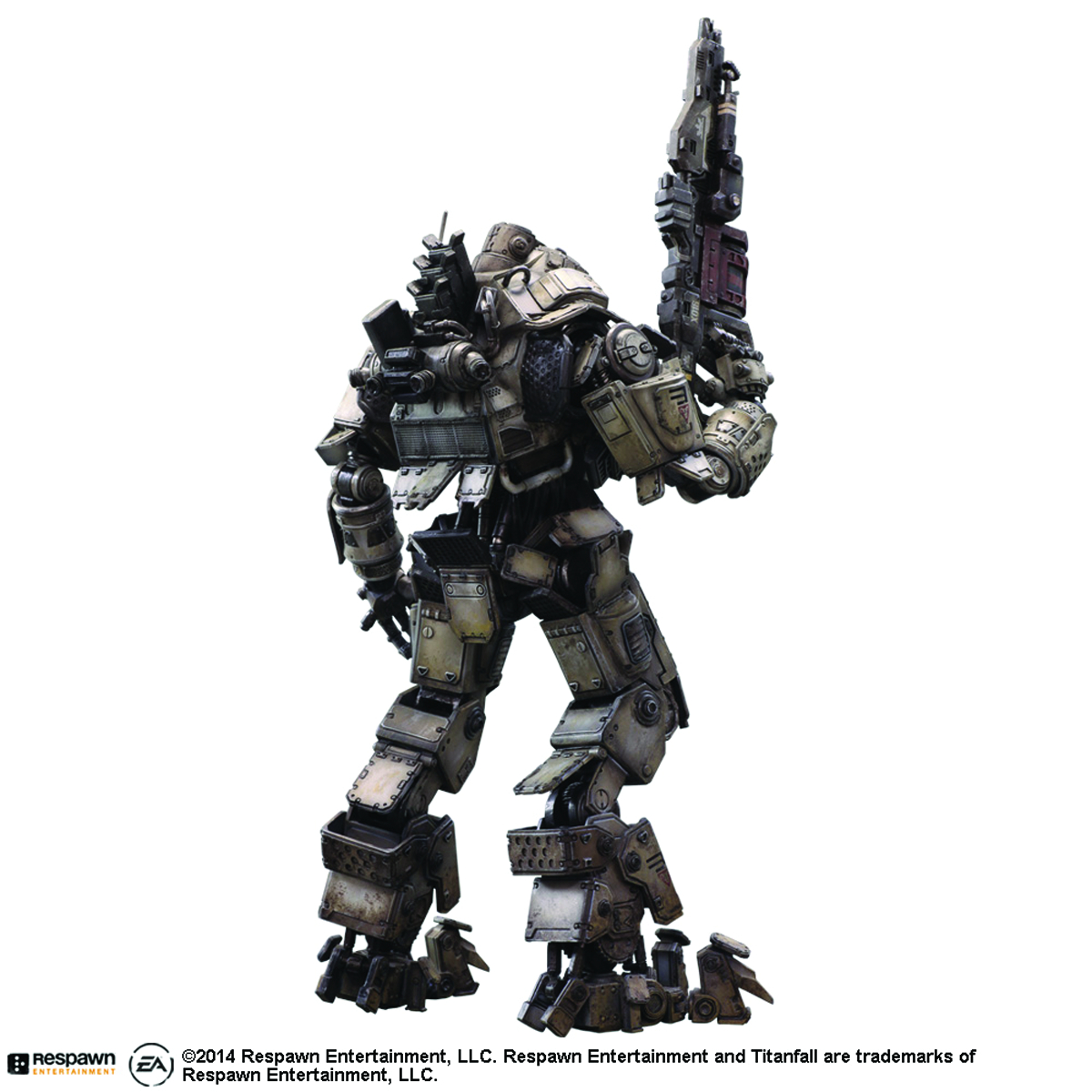 AUG142577
From Square Enix. Square Enix has recreated the Atlas Titan as a highly detailed, three-dimensional action figure simulating the game's realistic features of Atlas as a weapon. No detail was spared in recreating the complexity of this weaponized machine: from the aged look of its weathered paintwork, to the articulation of the spherical camera, and the cockpit hatch that can be opened and closed. The shoulder joint can be shifted outwards and the elbows are double-jointed to allow for the Atlas Titan to hold its weapon with both hands. Combine that with the pilot and weapon accessories, and any collector is bound to enjoy numerous poses with this action figure.