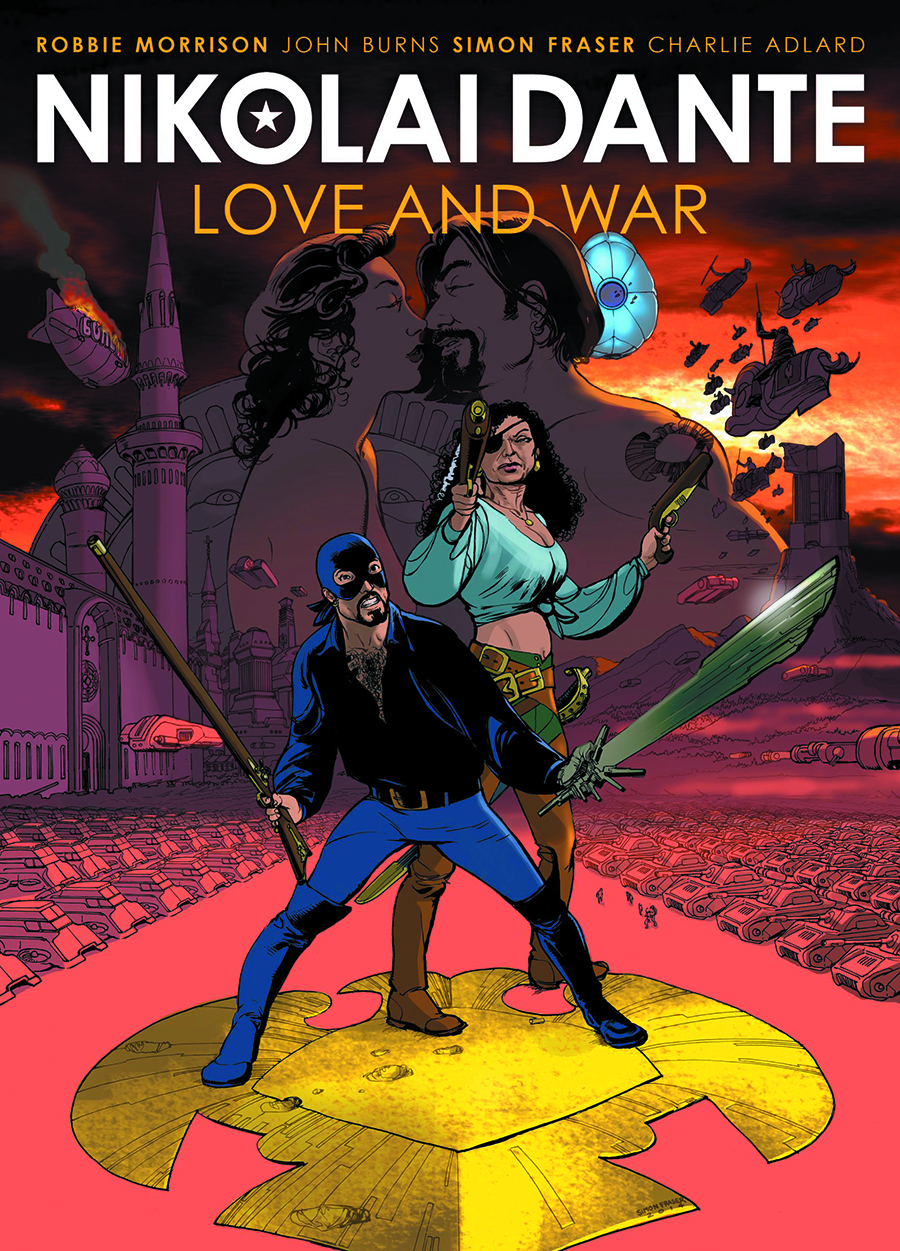 AUG141638
(W) Robbie Morrison, Simon Fraser (A) John Burns, Charlie Adlard
It is the year of the Tsar 2668 AD and the sound of wedding bells is in the air. Jena Makarov, the daughter of Tsar Vladimir the Conqueror, is betrothed to Mikhail Deriabin, media tyrant and patriarch of the House of Bolshoi. Nikolai Dante is less than happy with the announcement. Now, assigned to be Jena's bodyguard, Dante has to protect her from more than his own passions as those who would seek to bring about war set their sights on Russia's fairest!
In Shops: Nov 12, 2014
SRP: $29.99
ORDER WISH LIST