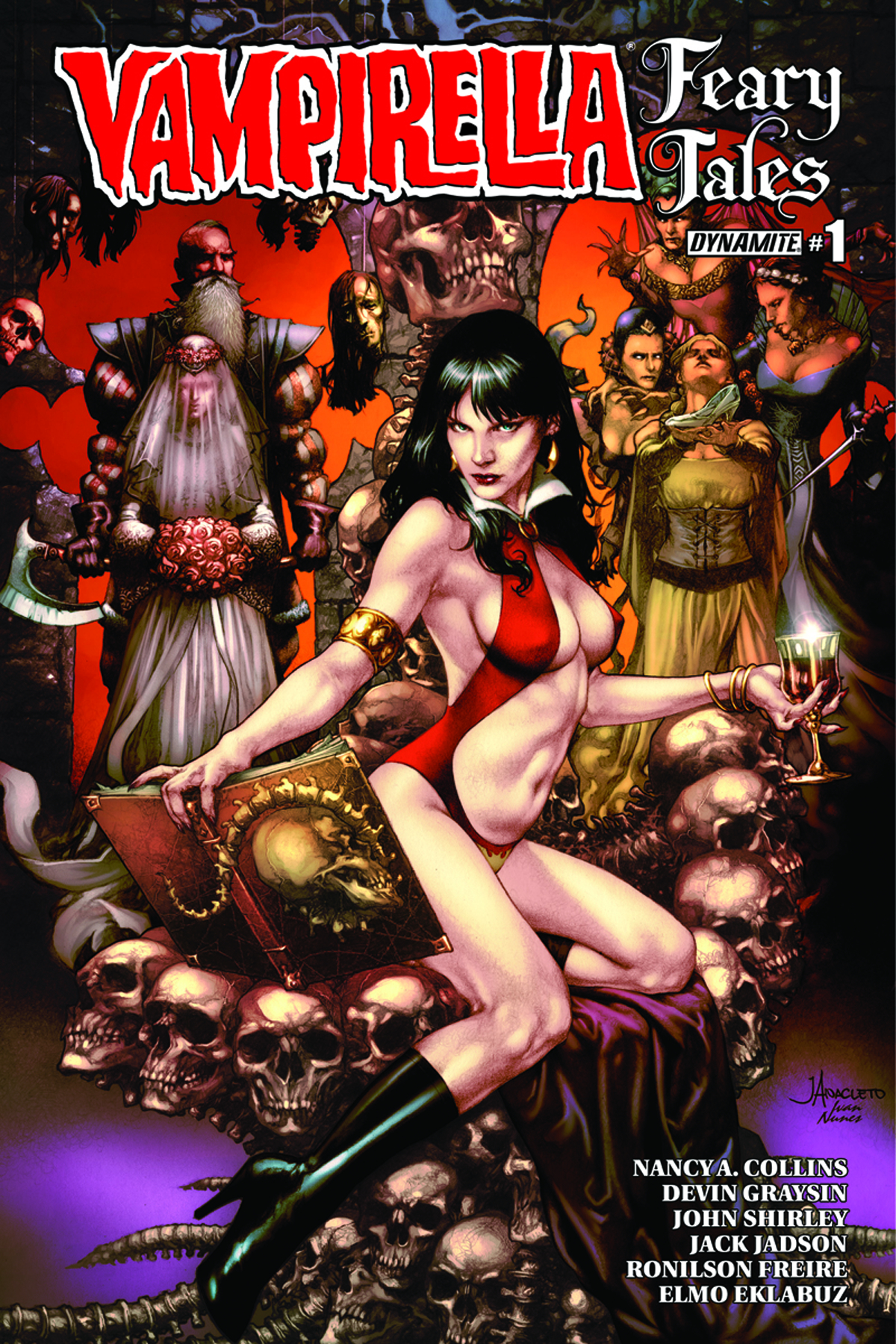 AUG141273
(W) Nancy A. Collins, Devin Grayson, John Shirley (A) Jack Jadson, Ronilson Freire, Elmo Bondoc (CA) Jay Anacleto
While exploring the Transylvanian castle she's recently inherited, Vampirella discovers a strange old book of "Feary Tales" that seems oddly familiar. Upon opening it, she is sucked inside its pages and lands in a weird alternate reality, where she is compelled by a disembodied voice calling itself The Storyteller to live out each of the 'feary tales' if she ever hopes to return to reality.  In the first issue, Vampirella is surprised to discover herself married to an infamous wife-killer in "Bluebeard's Blood" by Devin Grayson (Nightwing, Batman: Gotham Knights, Titans), and then finds herself both the belle and the bête of the ball in "Cinderella? Vampirella!" by John Shirley (award-winning horror & science fiction author, and screenwriter for the 1994 cult classic film, The Crow).
In Shops: Oct 08, 2014
SRP: $3.99
View All Items In This Series
ORDER WISH LIST