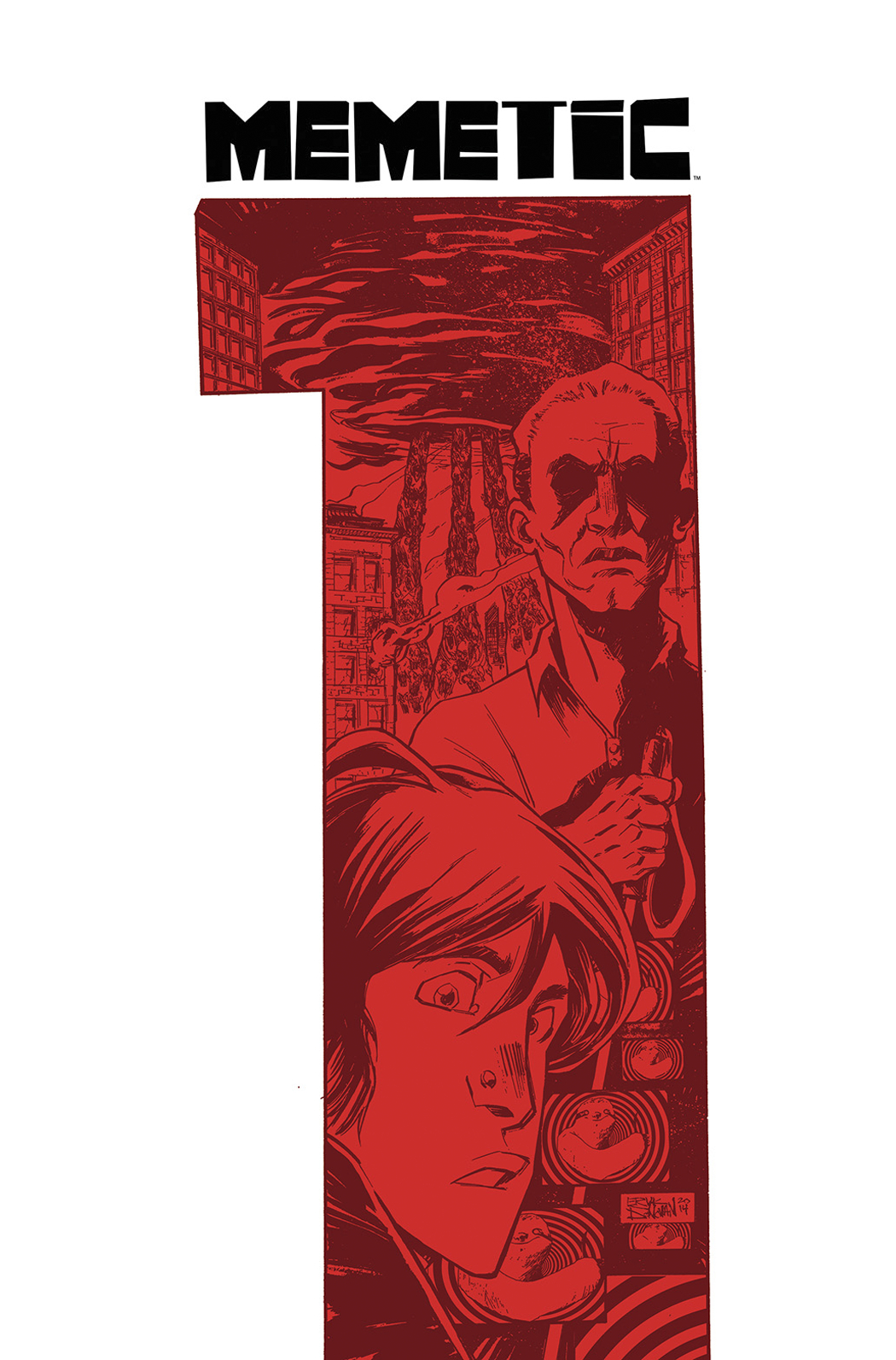 AUG141144
(W) James TynionIV (A/CA) Eryk Donovan
WHY WE LOVE IT: After launching James Tynion IV's THE WOODS to much acclaim, we were eager to see what other ideas he had. When James-one of our favorite new voices in comics-pitched us MEMETIC as a tale of the apocalypse in three parts, we were sold!
WHY YOU'LL LOVE IT: MEMETIC is truly an event comic-three oversized, 48page issues detailing the end of the world over the course of three days, and a wholly unique take on the disaster genre. Much like his work on THE WOODS, James Tynion IV and fantastic newcomer Eryk Donovan (THE HOUSE IN THE WALL) will bring horror to a whole new generation and fans of Jhorror films like UZUMAKI and THE RING.
WHAT IT'S ABOUT: A Meme is an idea that starts with an individual, and then spreads throughout multiple persons and potentially entire societies. Richard Dawkins suggests a meme's success comes from its effectiveness to the host. But history shows that destructive memes can spread just as rapidly through society. MEMETIC shows the progression of a weaponized meme that leads to the utter annihilation of the human race within 72 hours. The root of this apocalypse is a single image on the internet, a "meme" in the popular sense. A meme that changes everything.
In Shops: Oct 22, 2014
SRP: $4.99
View All Items In This Series
ORDER WISH LIST