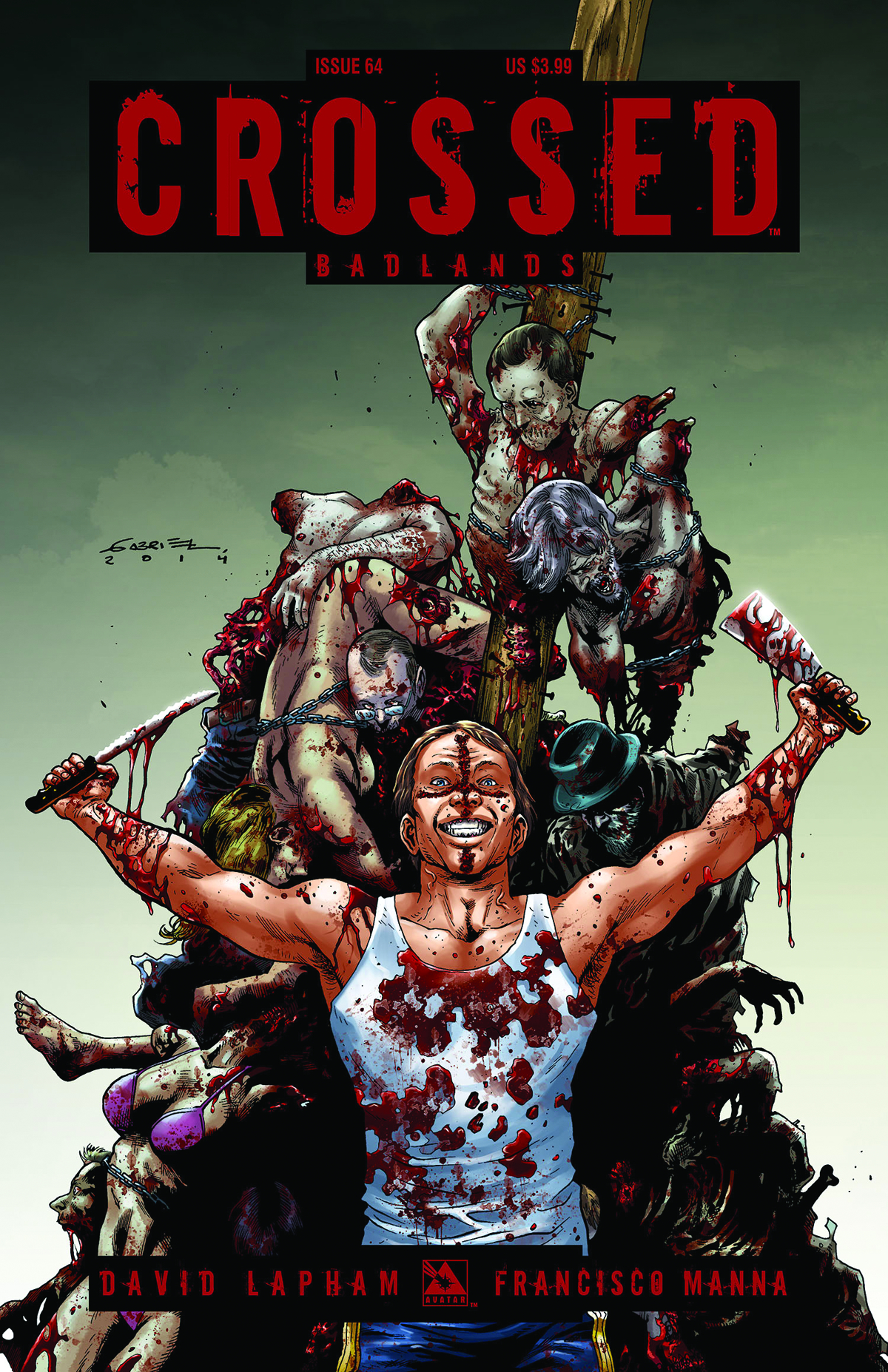 AUG141080
(W) David Lapham (A) Francesco Manna (CA) Gabriel Andrade
It took him years of misery to find the man that ruined his life, but Mr. Land is channeling the horrors, the prison abuse, and the misery that he's endured into the magazine of an assault rifle.  He's watched others embrace the life of excess, drugs, and sexual exploitation that claimed his daughter.  Now he plans on delivering his own brand of final punishment to those that took everything from him.  And though wave after wave of Crossed attempt to heap their misery upon this broken man, nothing will stand in the way of his ultimate vengeance.  DAVID LAPHAM etches another tale of misery into the Crossed universe that will scar you for life.  There is no help and there is no hope.  There is only the Crossed.  Available with Regular, Torture, and Red Crossed Incentive covers by Gabriel Andrade, Wraparound cover by German Erramouspe, and Fatal Fantasy cover by Emilio Laiso.
In Shops: Oct 29, 2014
SRP: $3.99
View All Items In This Series