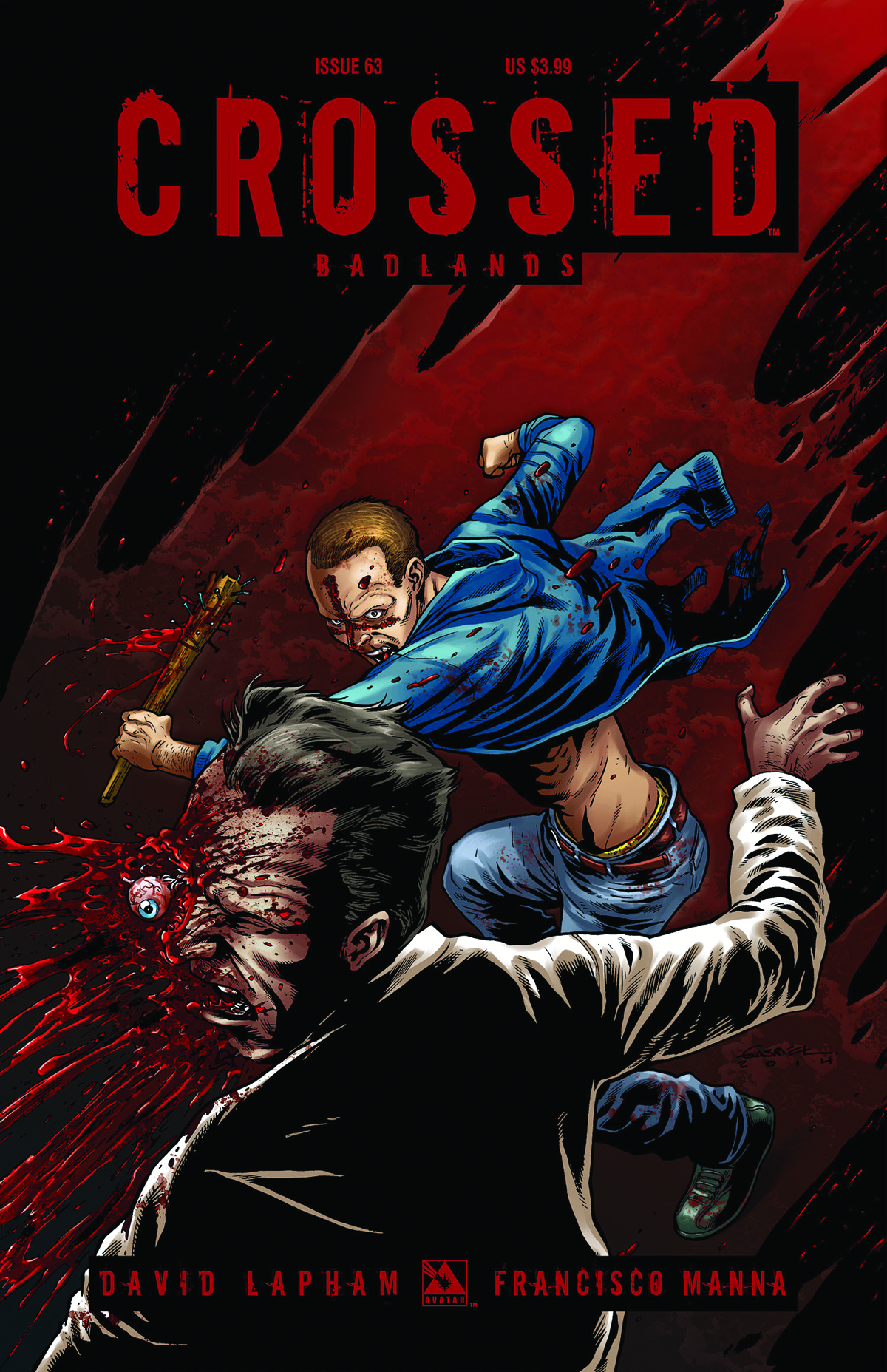 AUG141075
(W) David Lapham (A) Francesco Manna (CA) Gabriel Andrade
Crossed Master Scribe, DAVID LAPHAM returns to his crime drama roots to tell a Crossed story of being pushed to the breaking point.  Mr. Land was a normal father with teenage daughter and a young son.  But his life was turned into a miserable horror long before the Crossed plague hit thanks to a despicable pornographer and killer.  After the death of his daughter he became something else, something more deadly than the maniacs that inherited the earth.  And now he lives for one thing.  Revenge.Available with Regular and Red Crossed covers by Gabriel Andrade,Torture cover by Rafa Ortiz, Wraparound cover by German Erramouspe, and a Fatale Fantasy cover by Emilio Laiso.
In Shops: Oct 08, 2014
SRP: $3.99
View All Items In This Series