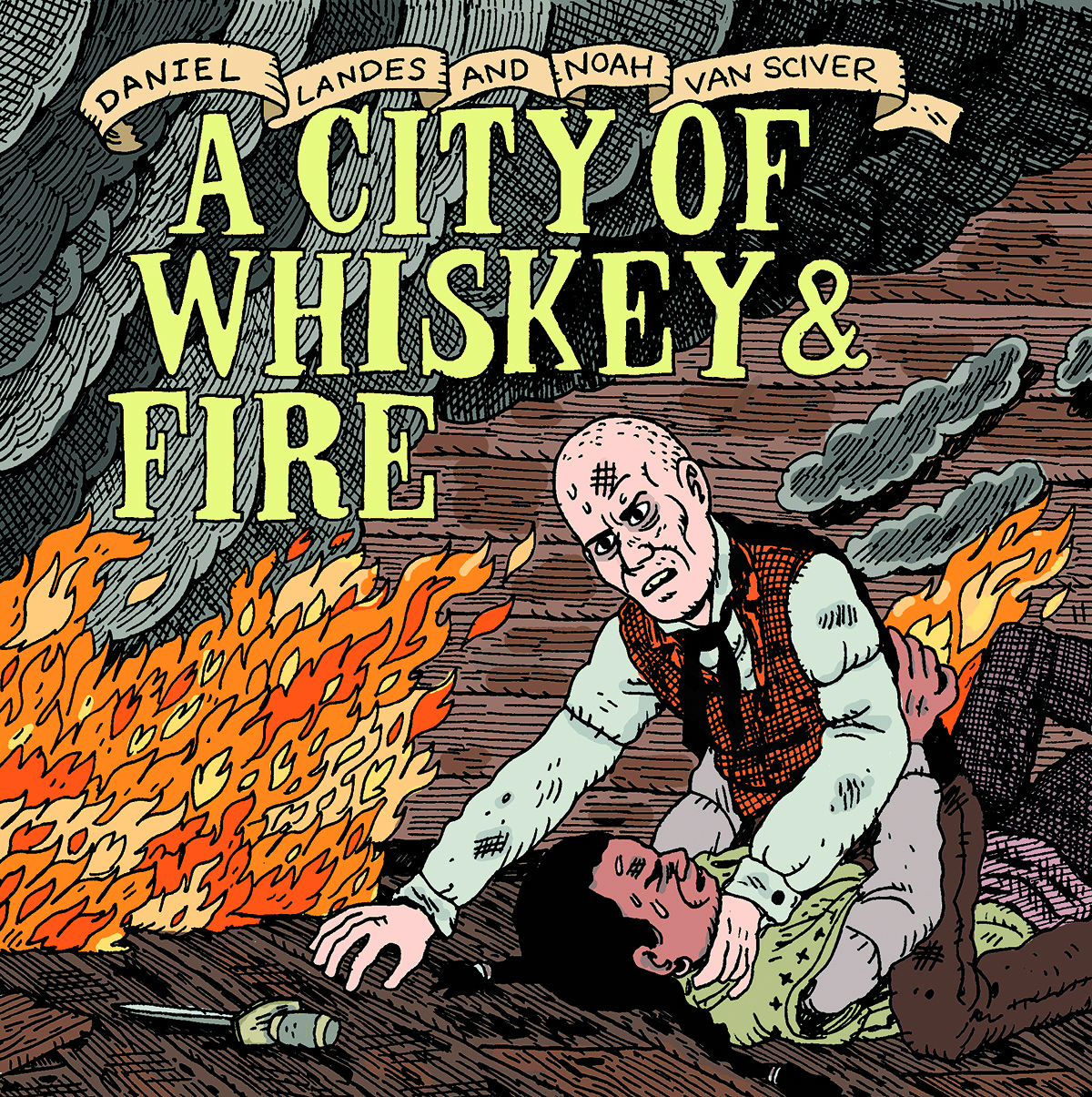 AUG140958
(W) Daniel Landes (A/CA) Noah Van Sciver
Set in 19th-century Denver, A City of Whiskey & Fire paints a dark picture of the harsh realities of life in the midst of the Gold Rush and the events leading up to the Great Fire of 1863 in the Mile High City. It's a lavishly drawn poignant historical fiction. The first edition quickly sold out, and Alternative Comics proudly brings the second edition to the comic market.
In Shops: Oct 15, 2014
SRP: $4.99