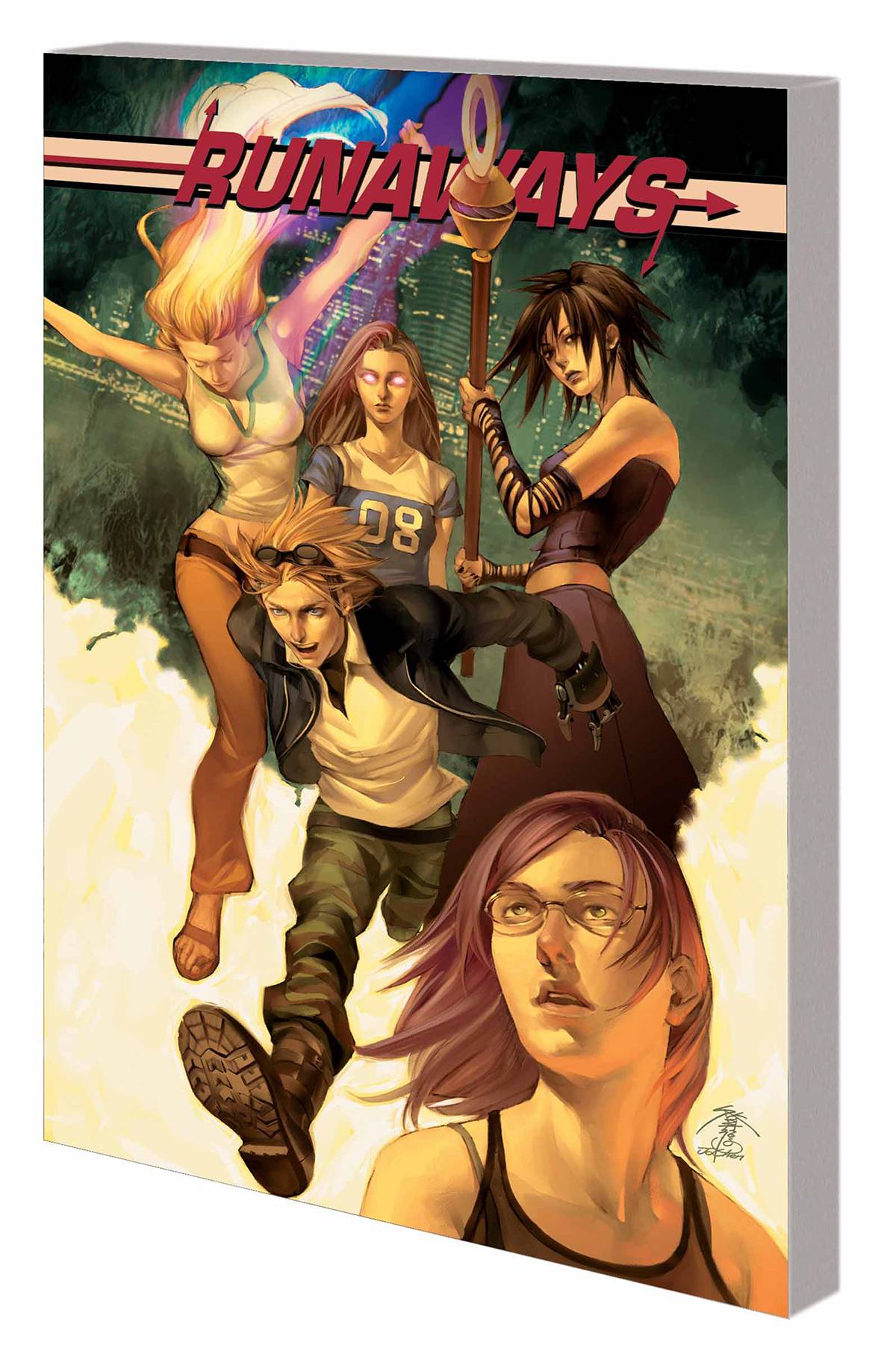 #
AUG140919
(W) Brian K. Vaughan (A) Adrian Alphona, Takeshi Miyagawa, Skottie Young (CA) Jo Chen
Teenage fugitives Nico, Gert, Karolina, Chase and Molly are survivors. After learning their parents were secretly super villains, the kids discovered special skills of their own and toppled their parents' criminal empire, the Pride. Now, the Runaways meet Victor Mancha, unknowing son of another infamous super villain, as a meddling ex-super-hero support group tries to force the Runaways off the streets! Meanwhile, one Runaway deals with an unexpected legacy, and the team helps Cloak and Dagger hunt a stalker - which leads to confrontations with the New Avengers and the X-Men, who have their own ideas about what's best for the Runaways. But all of this pales when the Pride returns - with an all-new lineup! Who are these shadowy new players, and what do they want with the Runaways?! Collecting RUNAWAYS (2005) #1-18 and FREE COMIC BOOK DAY 2006 (X-MEN/RUNAWAYS) #1.
Rated T+
In Shops: Nov 19, 2014
SRP: $34.99
View All Items In This Series
ORDER WISH LIST