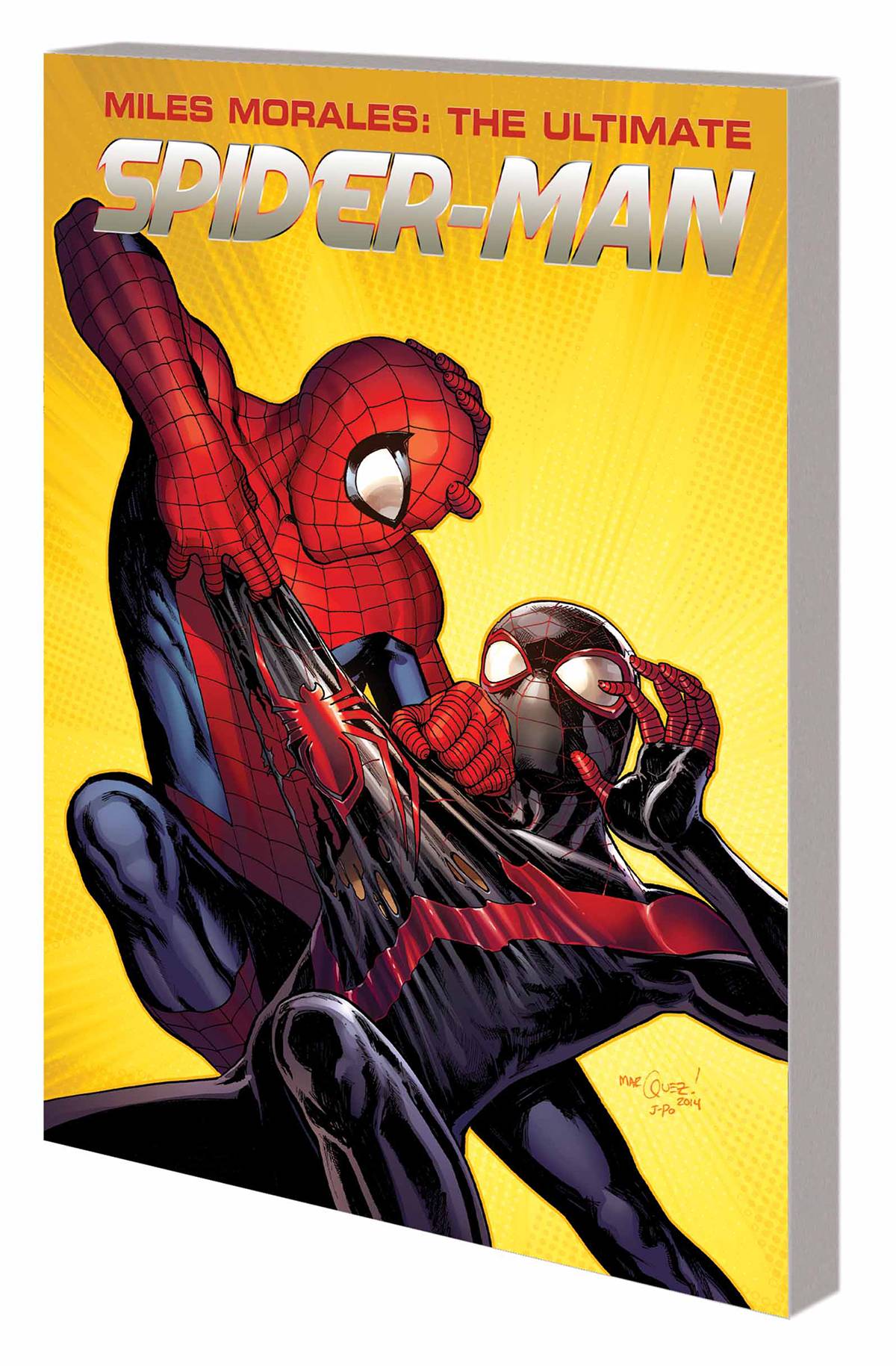 #
AUG140912
(W) Brian Michael Bendis (A) Various (CA) David Marquez
Miles Morales, the Ultimate Spider-Man, is back in action with a new status quo and a new outlook on life! But a big villain from Peter Parker's past is alive and well, and about to turn New York upside down! Now, Miles must face with the worst nightmare of the Spider-Man legacy: Norman Osborn, the Green Goblin - the man who killed Peter Parker
or did he? Is Peter Parker back from the grave, or is this an amazing simulation? As events explode in a way nobody saw coming, Spidey takes on Spidey - and only one of the two Ultimate Spider-Men will rise! Plus: It's the anniversary of Peter's death - but as the world mourns the original Spider-Man, a gathering of Spidey's friends and foes reveals some shocking truths! Collecting ULTIMATE SPIDER-MAN #200 and MILES MORALES: THE ULTIMATE SPIDER-MAN #1-5.
Rated T+
In Shops: Nov 05, 2014
SRP: $17.99
View All Items In This Series
ORDER WISH LIST